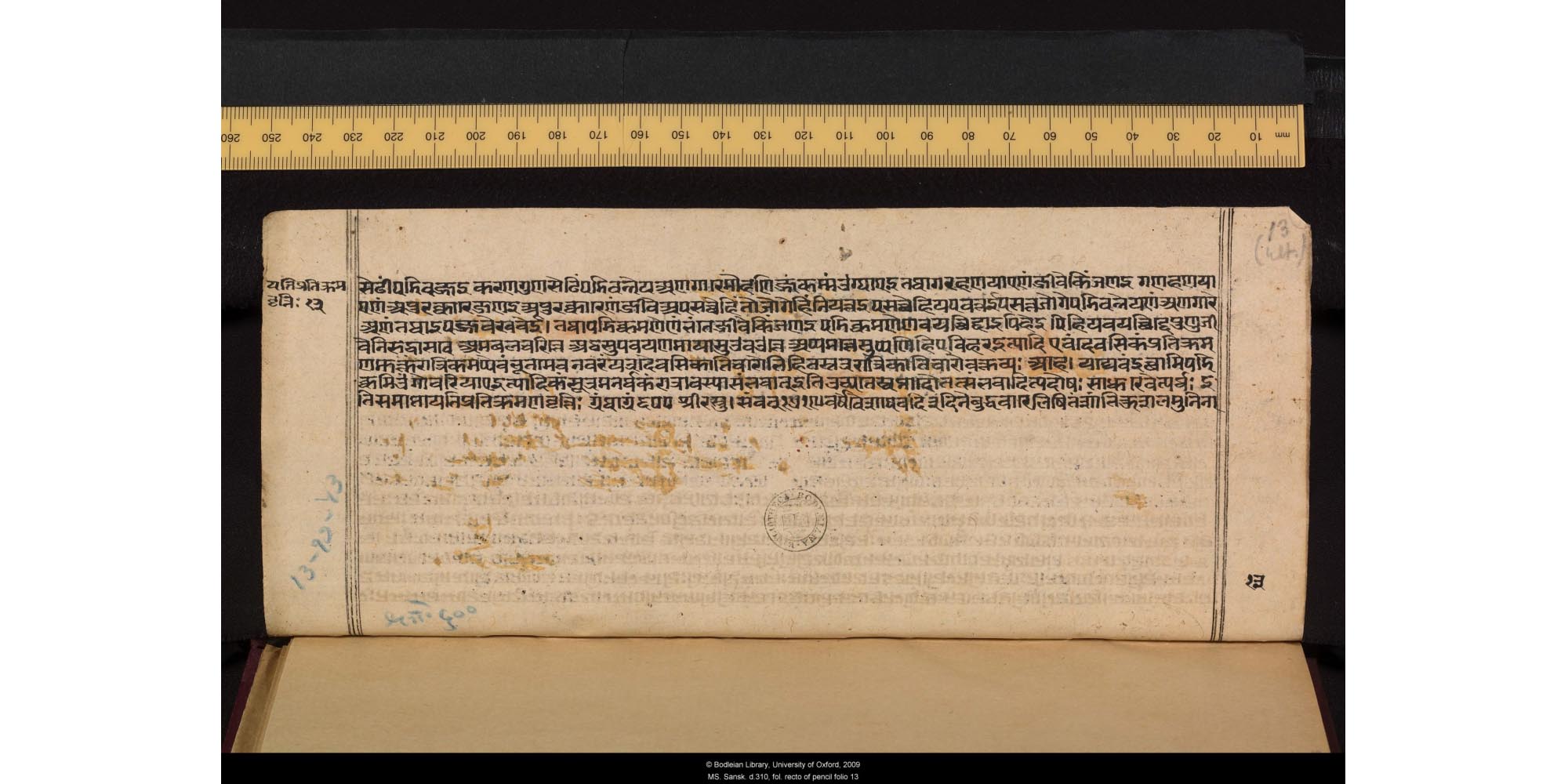 Repentance – pratikramaṇa – is one of the fundamental religious acts in the lives of Jain mendicants and lay people alike. This manuscript deals with monastic repentance – yati-pratikramaṇa. Performed in the presence of the mendicant’s religious teacher or superior, the ceremony of pratikramaṇa involves reciting formulas in Prakrit and making ritual gestures, such as bowing down and joining hands in respect. The culprit first expresses the wish to confess past transgressions and to improve.

The oldest text where the repentance formulas appear is the Āvaśyaka-sūtra, written in Ardhamāgadhī Prakrit. The areas of religious life where monks and nuns may fail are listed according to number. For example, mendicants should repent of lapses involving the:

Given their centrality in religious life, it is no wonder that the repentance formulas have been commented and expanded on in many forms and many languages, whether Sanskrit or the vernaculars. This manuscript is an extensive commentary – vṛtti – in Sanskrit. It quotes phrases from the original Prakrit, and then explains them at length.

The last two lines of the page contain the colophon, which gives the following information:

With this the commentary on the mendicant’s repentance is finished. It numbers 600 granthas. May there be prosperity. It was copied in the year 1719 of the Vikrama era [= 1662 CE], on the third day of the dark half of [the month] Vaiśākha, a Wednesday, by the monk Śāntikuśala.