» World of mortals
Browse All Manuscripts 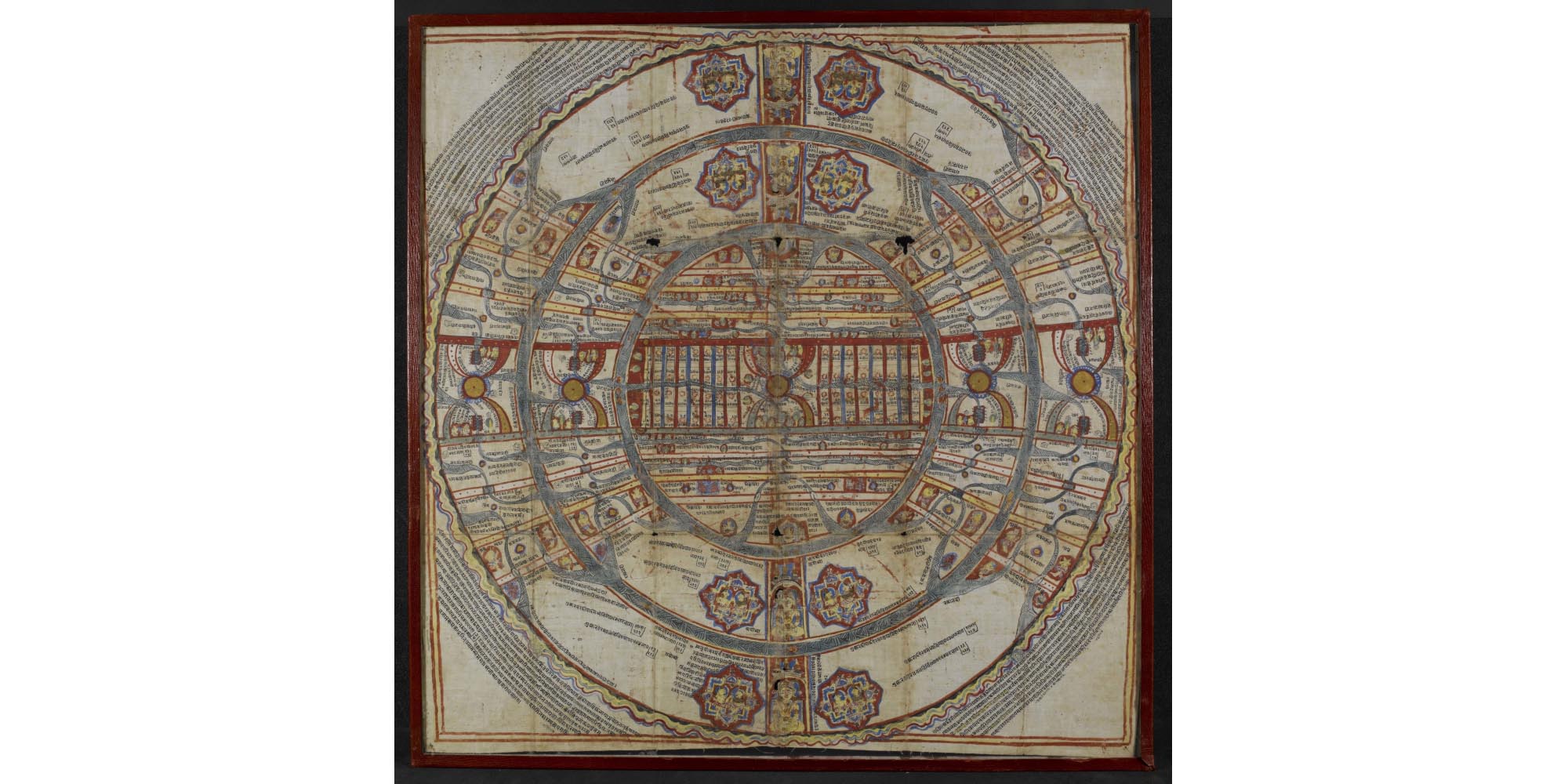 The Middle World – madhya-loka – is one of three worlds in the Jain conception of the universe. The Middle World in Jain tradition is formed of concentric rings of differing size. Every other ring is a continent, which is surrounded by a ring of ocean. These alternate rings of continents and oceans number 90 in all but the Two and A Half Continents is the main focus of many works of Jain cosmology.

Starting from the centre, the Two and A Half Continents consists of:

Mount Meru is the centre of the universe in Jain cosmology, at the heart of the central continent of Jambū-dvīpa.