» Mahāvīra and 23 Jinas
Browse All Manuscripts 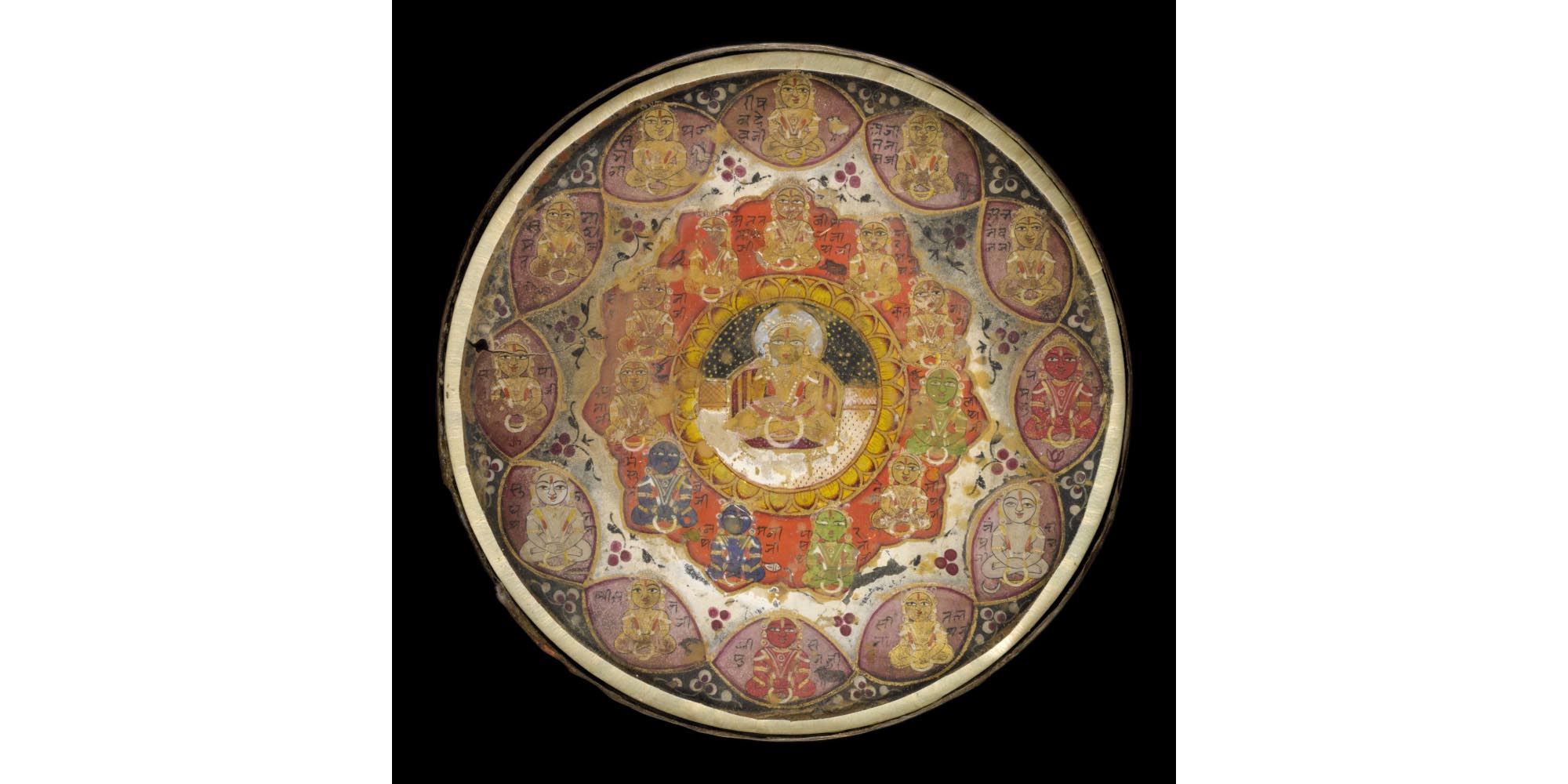 This is a maṇḍala representing the 24 Jinas. The Jinas here are typical Śvetāmbara images, with jewellery and open eyes.

They are placed in three concentric circles, and can be identified by moving from the inside outwards.

Each Jina is depicted in his colour, along with his Śvetāmbara emblem – lāñchana.

The maṇḍala is protected by glass and mounted in a brass case with a lid. A paper inside the lid contains the key to the picture in English. According to the 1975 British Library Journal ('Department of Oriental Manuscripts and Printed Books', volume 1, pages 99–104), this object is one of those the British Library acquired between July and December 1973. It is described as coming from Jaipur, dating back to the 19th century and having been presented by 'Mr. and Mrs. E. M. Prokofiev' (page 102).

The maṇḍala is more likely to have been in the house of a Jain lay man than in a temple. An object such as this one could be used for worship or as an aid for meditation or contemplation.