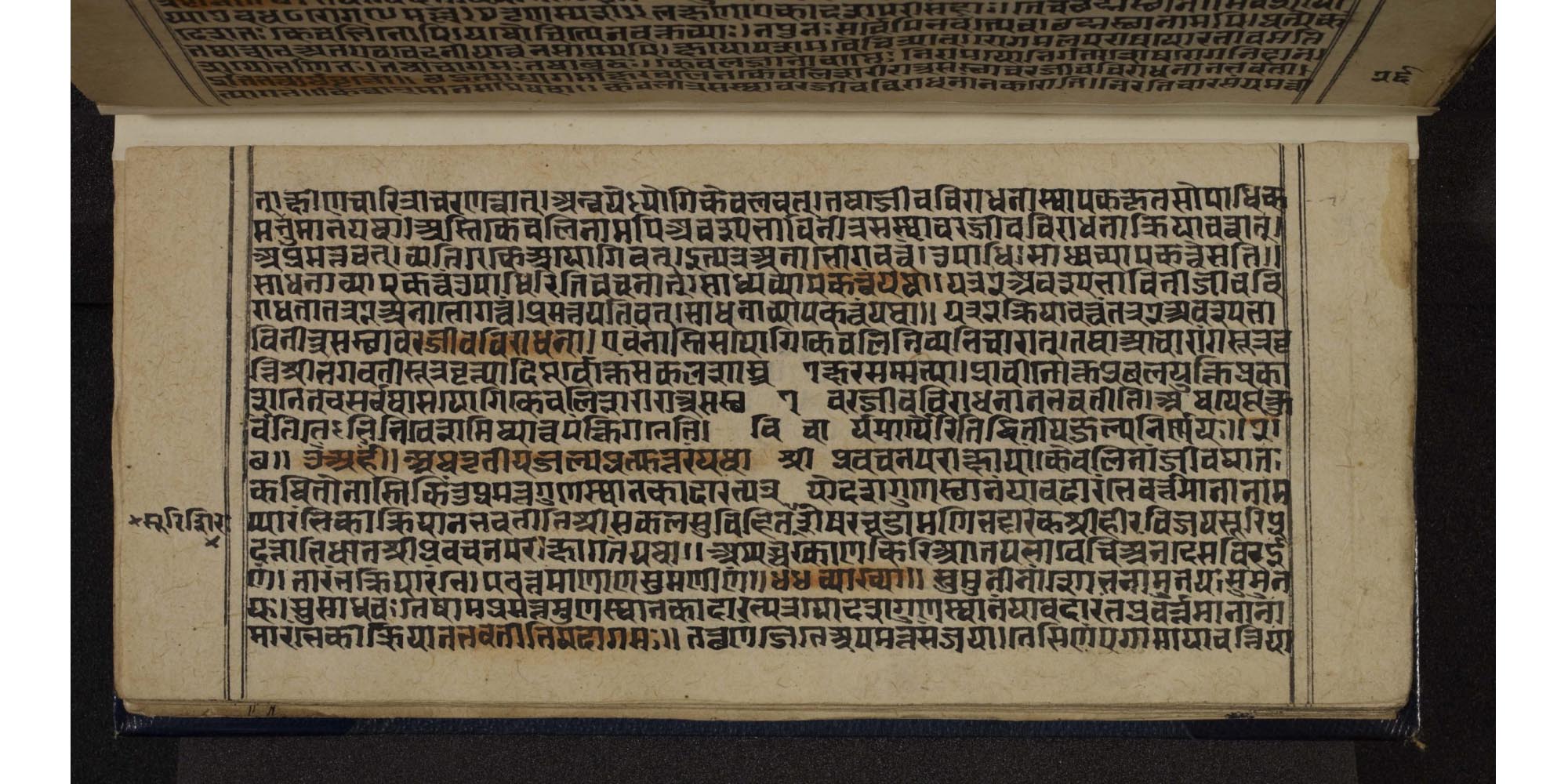 The Praśnottara – Answers to Questions – or Dharma-ratnākara – Ocean of Jewels of the Dharma – is a Śvetāmbara sectarian work, the main concern of which is to refute practices typical of rival monastic orders. Such works emerged parallel to the rise of numerous gacchas from the 12th century onwards. Their subjects are Jain ethics and its principles. These are openly or covertly discussed with the aim of assessing their truth or validity when viewed as part of the contests between different groups. The differences between these gacchas are mainly of practice. The authors of such works largely draw on textual references to show that the practices they defend are rooted in the tradition, and that those of their rivals are innovations coming out of the blue. They usually proceed in two stages:

The alternative titles of the work underline this twofold process of argumentation.

The Praśnottara is an answer to the ‘36 statements’ – jalpa or bola written in Gujarati by Soma-vijaya, who died in 1639–40 CE (1696–97 VS). Soma-vijaya represented the official Tapāgaccha hierarchy and position. Śruta-sāgara undertakes a systematic refutation of each point Soma-vijaya argues. Each of the 36 statements in his work starts with exactly the words or the phrases Soma-vijaya uses. The points of contention relate to:

The answers to the 36 statements can be found in this manuscript as follows:

Efforts to trace references to this work and other manuscripts of the text have come to nothing. The British Library manuscript is precious because it seems to be unique. It deserves a full exploration, which Nalini Balbir plans to prepare. It should help in reconstructing the textual history of controversies and Śvetāmbara sectarian polemics in the 17th century.

The British Library Board Or. 2112 ms. B Haribhadra perhaps 15th century

The British Library Board Or. 2120 ms. B Harṣabhūṣaṇa-gaṇi perhaps 15th to 16th centuries