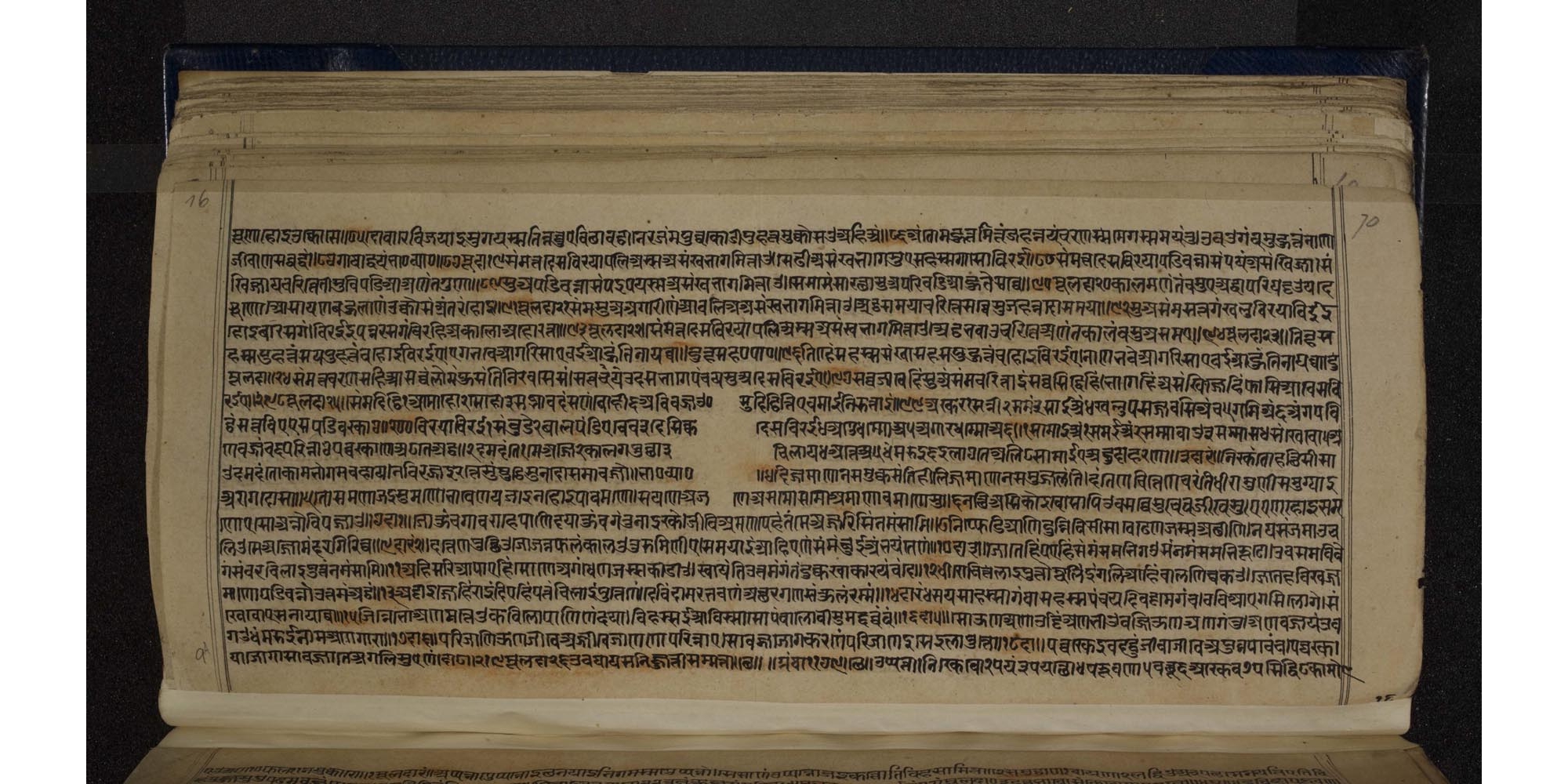 Niryuktis are Prakrit verse texts that mostly provide mnemonic material for oral teaching. Written in the variety of Prakrit known as Jaina Māhārāṣṭrī, they are Śvetāmbara scriptures. A niryukti is often related to a sūtra. But niryuktis are not commentaries in the strict sense of the term, as they do not provide literal explanations of the text to which they are attached.

Many niryuktis are rather short. The Āvaśyaka-niryukti is quite special, since it is so extensive. Part of it is connected to the Āvaśyaka-sūtra, a Śvetāmbara canonical scripture of formulas to be recited during the performance of a Jain’s daily duties, the central one of which is repentance – pratikramaṇa. But the scope of the Āvaśyaka-niryukti is very broad, and it amounts to a quasi-encyclopaedia of Jain doctrine.

In some manuscripts, like this one, the text opens with a Therāvalī – 'Garland of Elders'. A homage to the early teachers of Jainism, it can be compared to the second section of the Kalpa-sūtra, the Sthavirāvalī.

Since the Jinas are the source of all teaching, the text also includes information about them. Many verses give the biographical data of all the Jinas in table form, but the text focuses on the lives of the first Jina, Ṛṣabhanatha or Lord Ṛṣabha, and the last one, Mahāvīra. A large section called Gaṇadhara-vāda provides the opinions of each of the 11 direct disciples of Mahāvīra on various philosophical issues.

A large number of verses in this text are lists of words or proper names that are the starting points for stories. These stories are developed in the prose commentaries that have been written on the Āvaśyaka-niryukti, namely a cūrṇi in Prakrit, numerous ṭīkās or vṛttis in Sanskrit and also texts in vernacular languages. Thus the Āvaśyaka-niryukti is also a compendium of Jain heroes.

This manuscript is valuable because of its early date. As indicated in its final colophon, it was copied in 1449 CE (1506 VS) in Patan, one of the most vibrant Jain centres in Gujarat and a place noted for its cultural wealth and heritage.