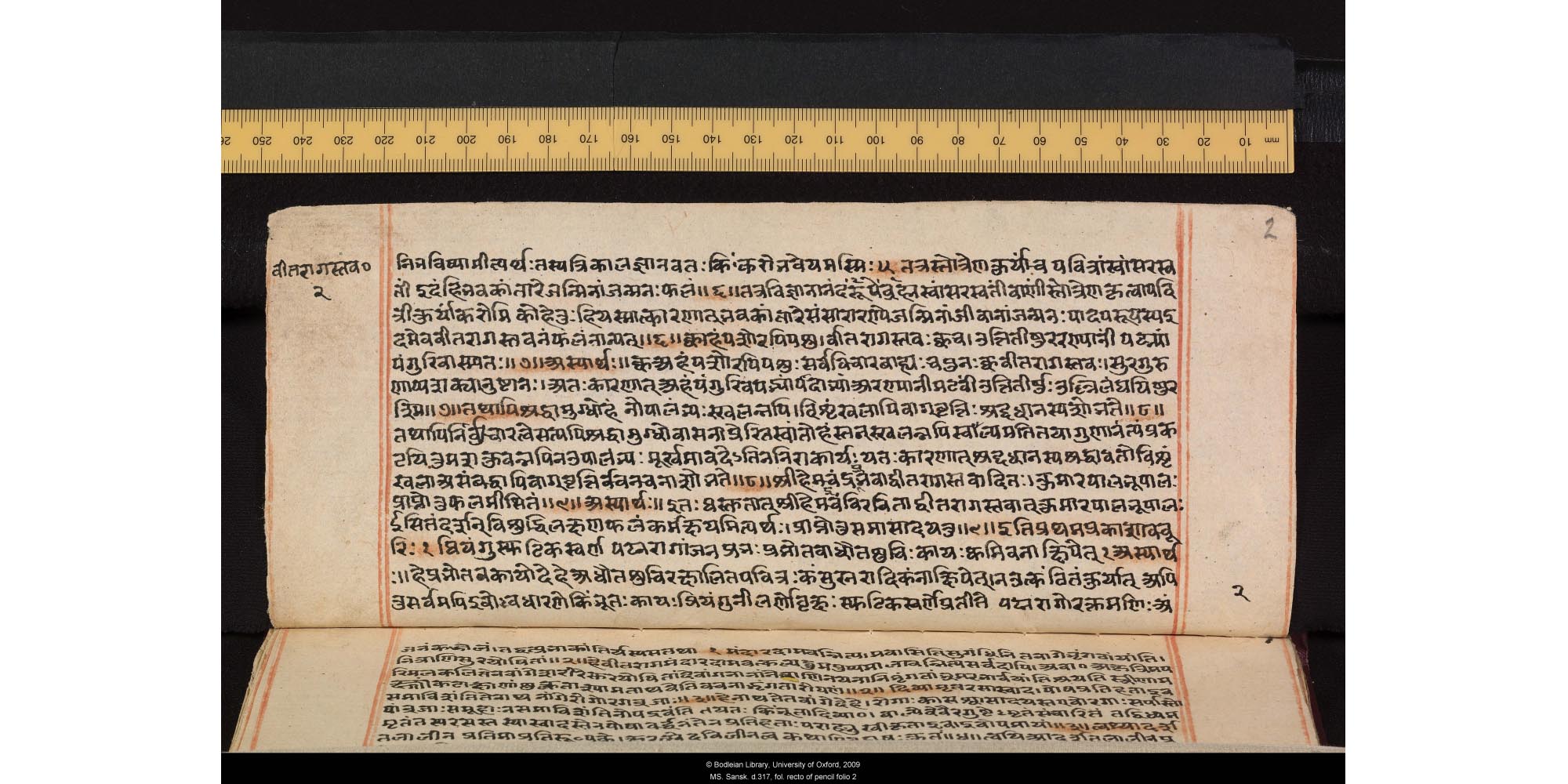 The Vītarāga-stotra – Hymn to the One Released from Passion – is one of the works written by the famous scholar monk Hemacandra in the 12th century. There is no exact date for it, but at the end of the poem the author expresses the wish that it “may awaken King Kumārapāla”. It can thus be deduced that it was written before this king of Gujarat, who was a follower of Śaivism, converted to Jainism, partly under the influence of Hemacandra.

In 20 chapters, the Vītarāga-stotra is a work of sophisticated style written in Sanskrit. It is both a hymn of praise and a semi-philosophical work. Its main purpose is to define the nature of a Jina and to explain Jain tenets. In particular, the author likes to contrast the total serenity of a Jina, who is released from all kinds of attachment, with the agitation characterising Hindu gods.

Hemacandra’s poem is also a contribution to the debate about the image of a Jina. Some argue that it is contradictory to portray a liberated soul because it has escaped attachment to things of this world. Hemacandra stresses that the Jina image is a representation of perfection and beauty. It is the only image that deserves to be contemplated and meditated upon because it fills the observer with peace. This makes sense if it is considered that the poem’s dedicatee was a Hindu king, whose frame of mind Hemacandra was hoping to change drastically.

In this manuscript, each of Hemacandra’s verses is followed by an anonymous Sanskrit commentary. In the final colophon this commentary is called Āvacūri, a generic term referring to generally not very ambitious or high-level commentaries. Each of the 20 sections – called prakāśa – in the hymn ends with a colophon, highlighted with orange pigment in this Oxford manuscript.