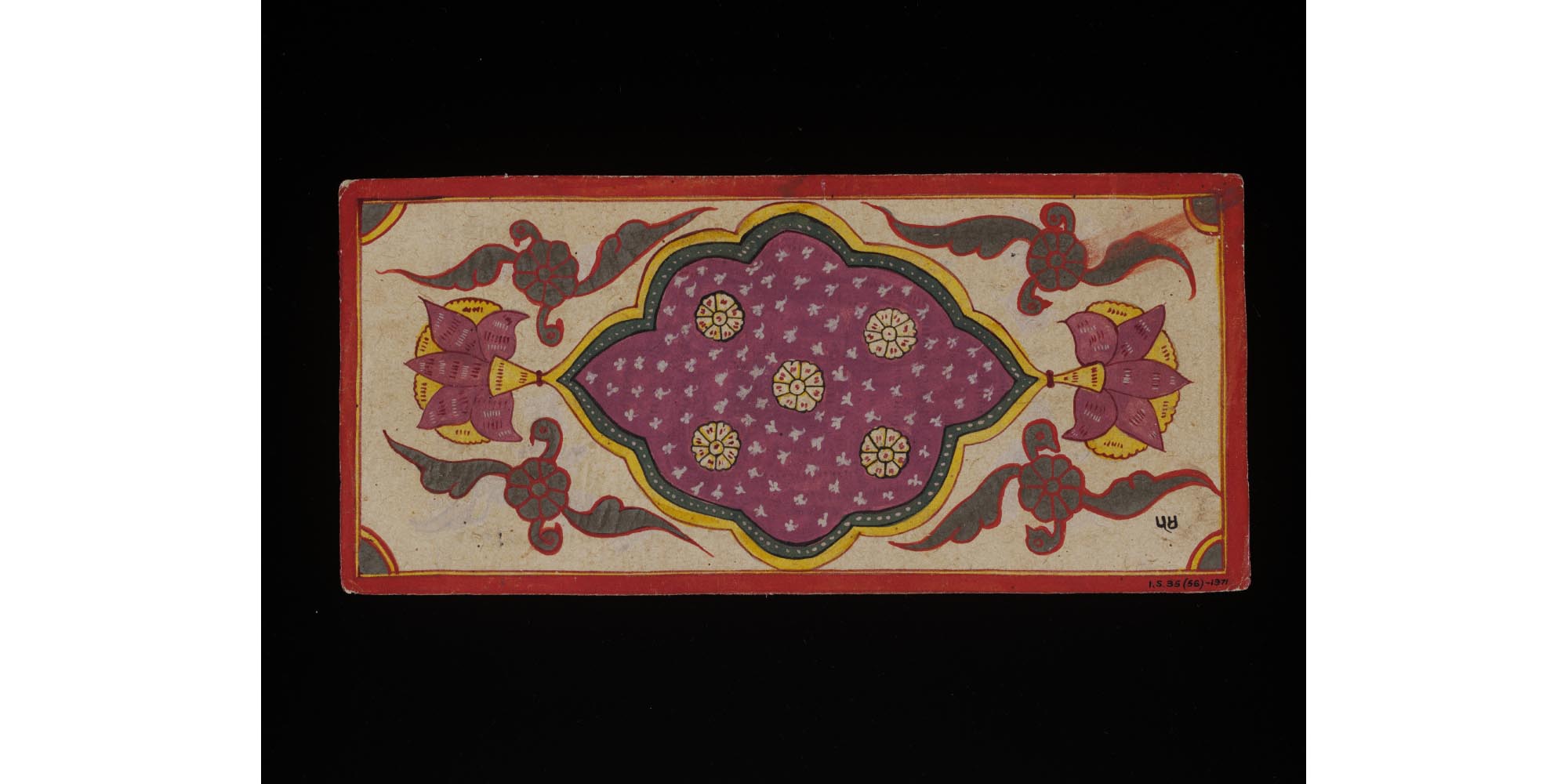 Though Saṃgrahaṇī works describe the universe, they are mainly concerned with the beings who live in different parts of the Jain world. They go into detail about their lifespan, karma and spiritual progress much more than the geography.

This manuscript contains the Prakrit verses followed by a commentary in Gujarati. Such writings have generated many commentaries in Sanskrit or the vernacular languages. A rich pictorial tradition has also grown up round the Saṃgrahaṇī works, as visualisation is part of the transmission of knowledge on the Jain universe and is helpful as a means of understanding.This manuscript is a carefully executed artefact with a large panel of paintings and charts.

The British Library Board Add. Or. 1814 unknown 19th century 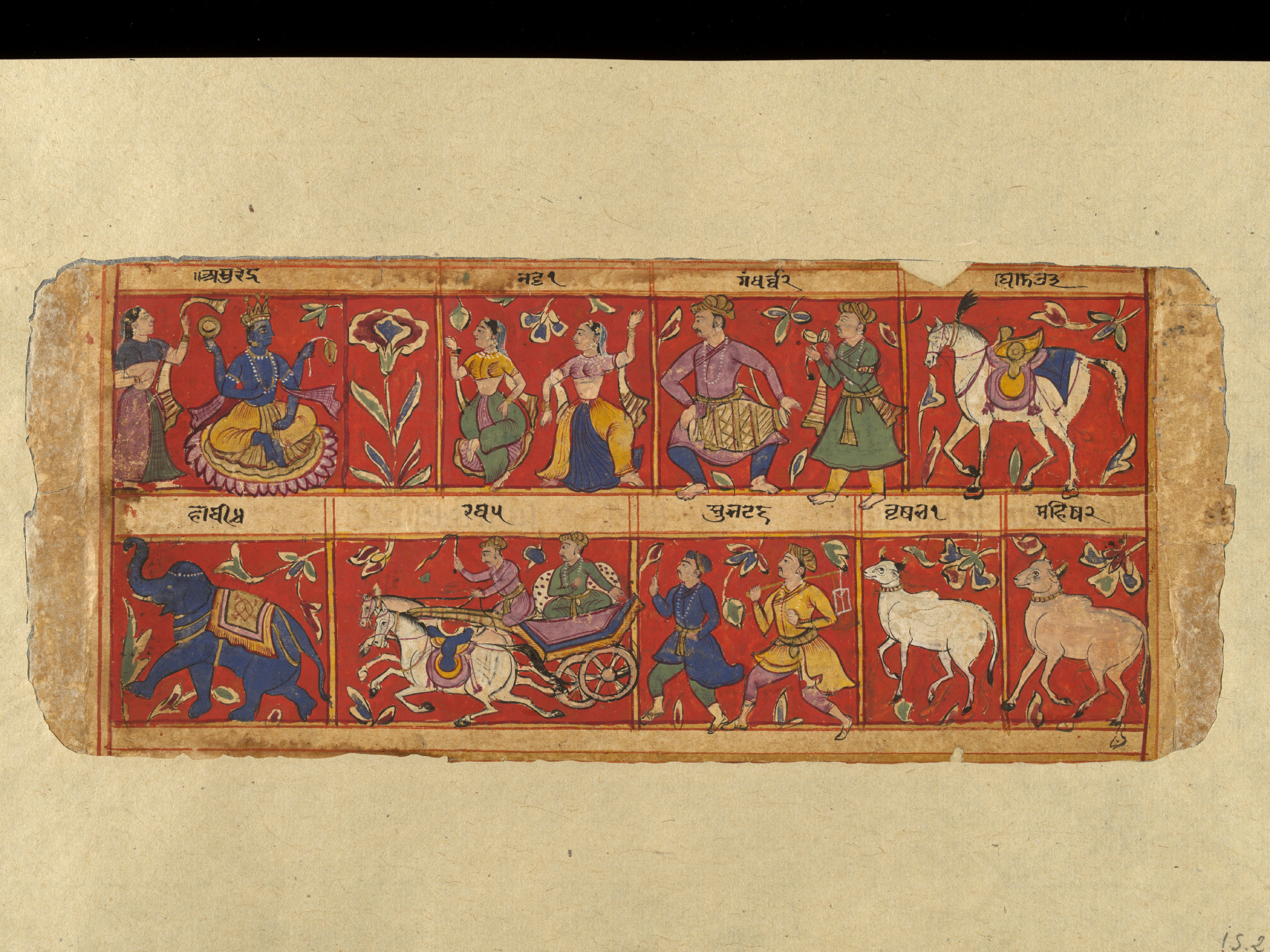 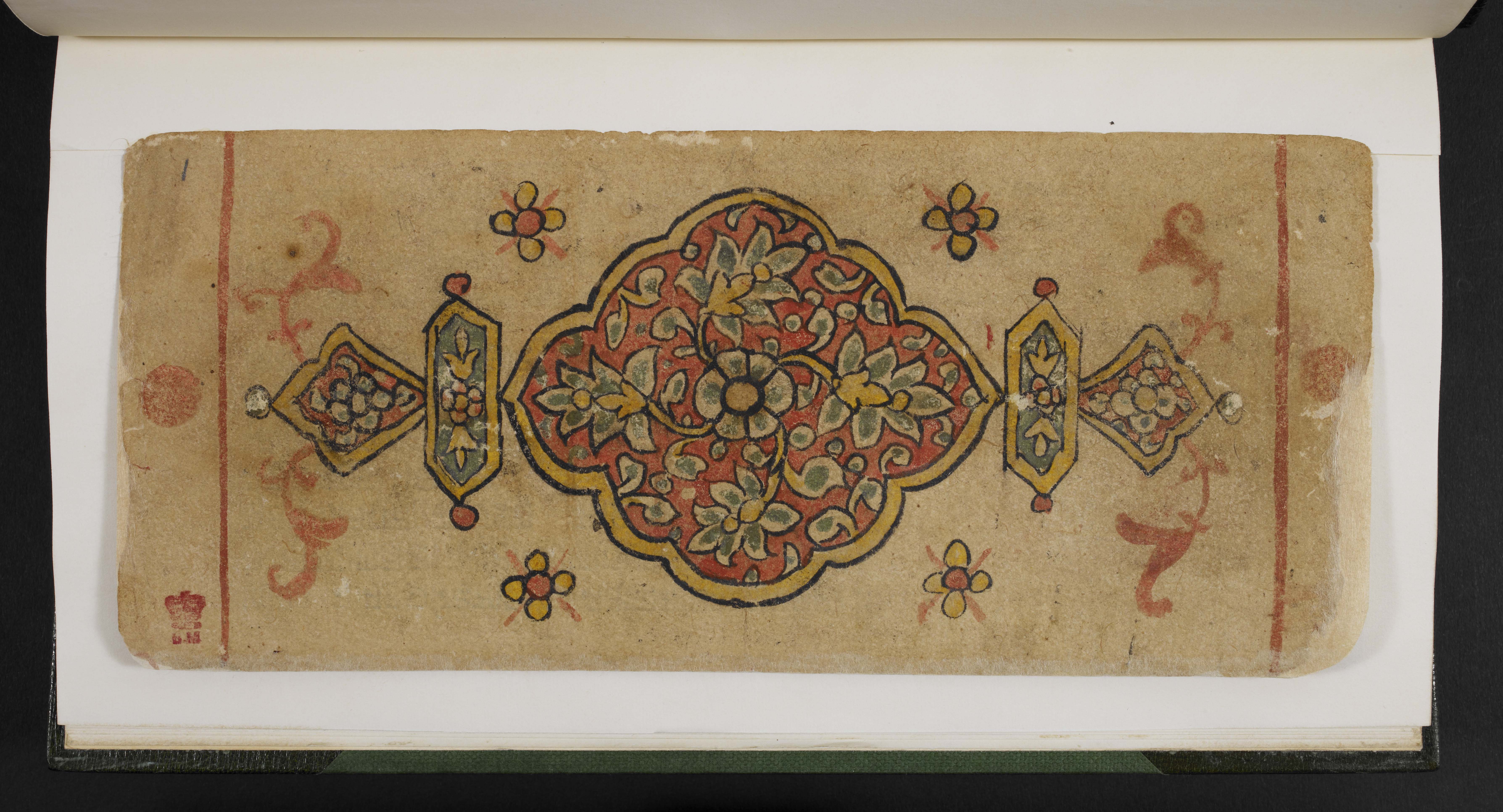