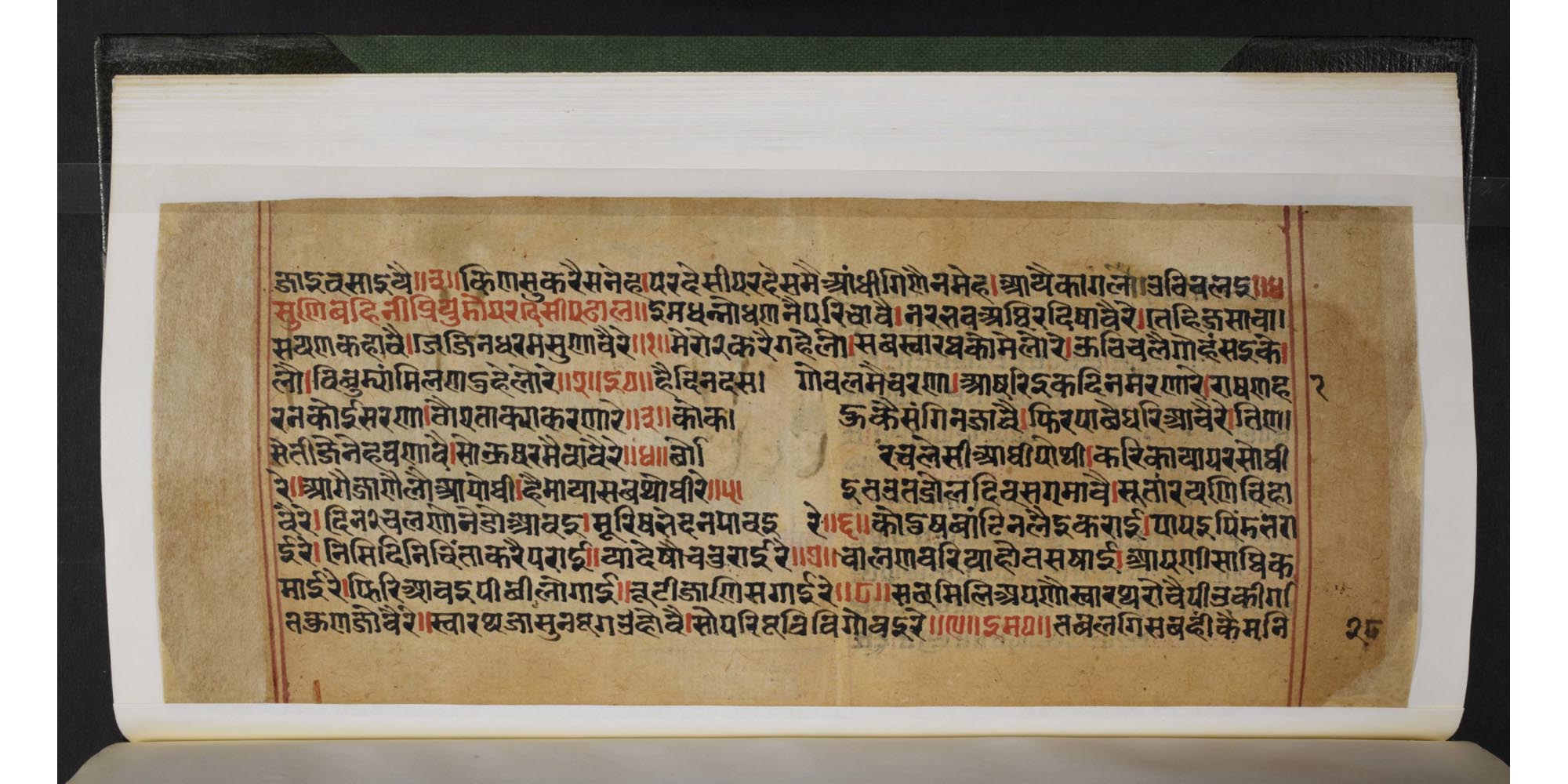 The ultimate purpose of Śālibhadra’s story – Śālibhadra-caupaī – is to illustrate the virtues of giving alms to Jain monks. But, like most Jain stories, it is eventful and full of lively characters. The Śālibhadra-caupaī is very popular in the Jain tradition. It is known from the many interpretations that have been written in Prakrit, Sanskrit and the vernacular languages.

This manuscript features the famous telling by Matisāra, written in Old Gujarati. Matisāra’s version of the story has often been illustrated in different styles.

The text is a narrative poem in verse, known as rāsa or caupa. This type of composition is popular in Gujarāti literature. The poem is divided into 29 sections called ḍhāla. Each section starts with a refrain verse and is associated with a specific musical mode – rāga. Such poems are meant to be read, but also performed, with recitation and musicians.