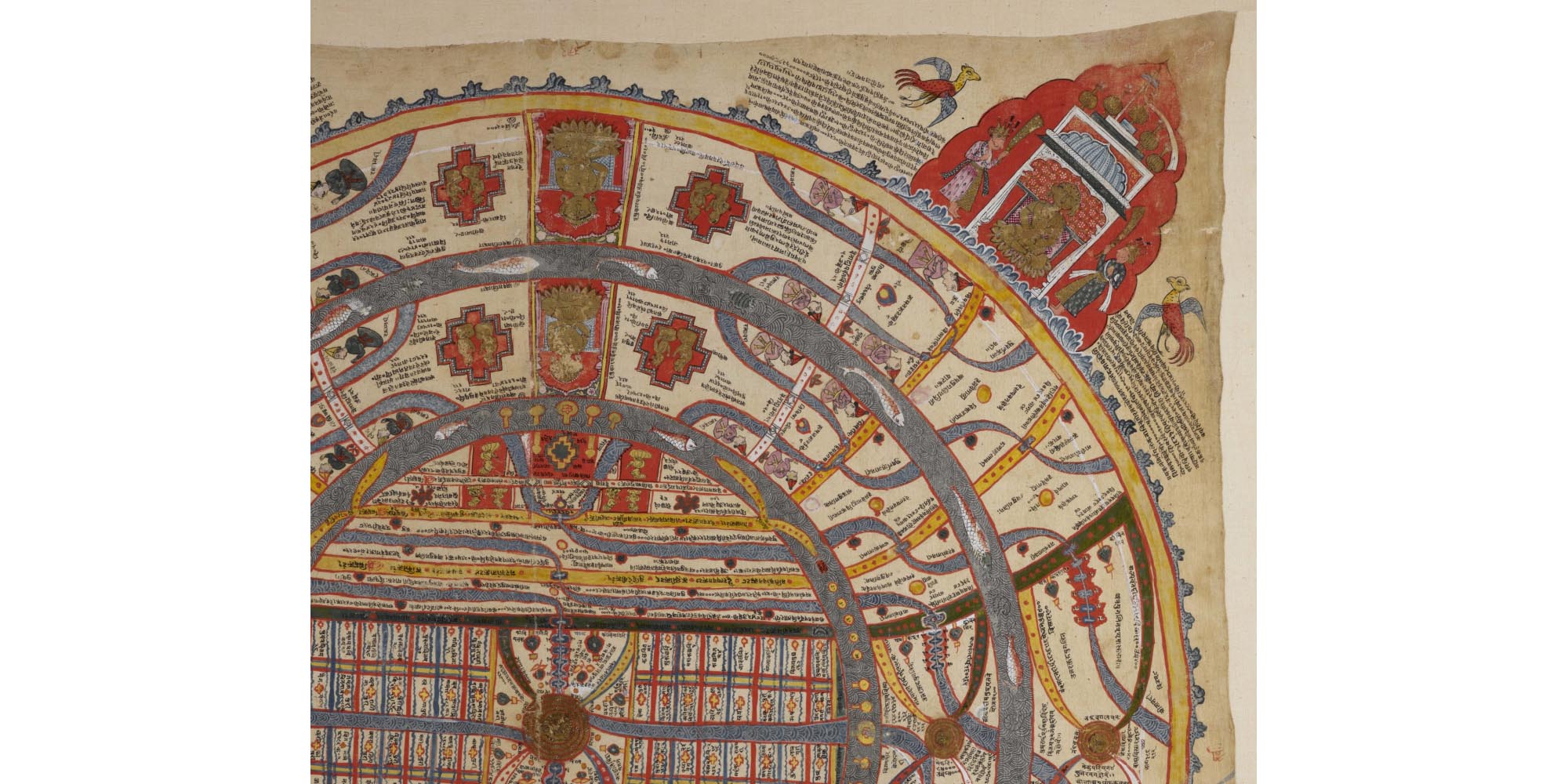 The Two and A Half Continents is formed of concentric rings of differing size. Every other ring is a continent, which is surrounded by a ring of ocean. Moving from the centre outwards, the order is as follows:

Mount Meru is the centre of the universe in Jain cosmology, at the heart of the central continent of Jambū-dvīpa. Jambū is where human beings live and is in the Middle World, one of the three worlds of traditional Jain cosmology.

Jains cannot advance spiritually without understanding and meditating upon cosmological theories so understanding them is crucial. Certain key religious concepts run through these theories. These include the notion of a physical soul shedding karma by moving through the cycle of rebirth to eventual omniscience and final liberation, along with the cyclical nature of time, the interconnectedness of the universe, and the importance of symmetry, repetition and balance.

The British Library Board Add. Or. 1813 unknown 19th century