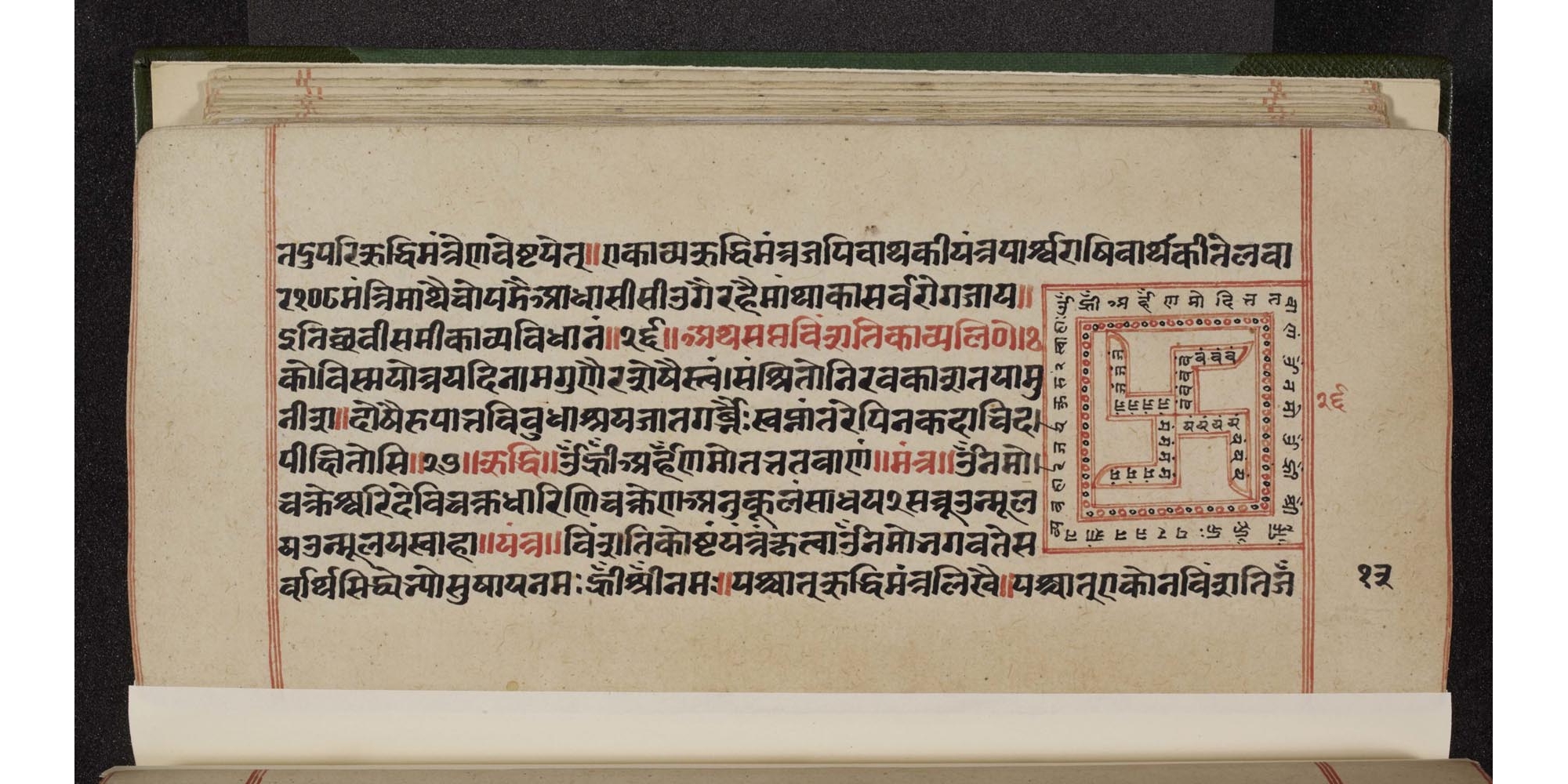 One of the most popular devotional hymns of the Jain hymns is the Bhaktāmara-stotra – Devoted Gods Hymn. With either 44 or 48 stanzas, it is accepted by both main sects of Śvetāmbaras and Digambaras. It is dedicated to the first Jina, Ṛṣabhanātha or Lord Ṛṣabha, frequently known as Ādinātha, meaning ‘First Lord’. The title comes from the first verse, which says that 'his feet enhance the lustre of the jewels set in the crowns lowered by the devoted gods'.

The Bhaktāmara-stotra is written in Sanskrit in an elaborate poetical style. Many followers know the original text by heart and may daily recite or meditate upon it. This hymn of praise belongs to the categories of Sapta Smarans – 'Seven Remembrances' – or Nava Smarans – 'Nine Remembrances'. These refer to seven or nine popular hymns that form the core of Śvetāmbara Jain liturgy.

Mānatuṅga is the author of this hymn, and a figure who is the starting point of several legends. Recent scholarship considers that he was 'a Śvetāmbara devotional poet who lived in the second half of the 6th century A.D' (Wiley 2004: 53).

The Bhaktāmara-stotra has generated a number of commentaries from the 14th century onwards. It is also part of the Jain tantric tradition and is often given a magical value. Manuscripts of this text are often artefacts with noteworthy features. This manuscript demonstrates vignettes in the middle of each side of every folio, showing Jinas, auspicious symbols or mystical diagrams.