The hard work of many people has produced jainpedia.org and we are grateful to all of them.

Academic researchers in the field of Jain studies and related disciplines have been invited to contribute encyclopaedia articles in their areas of expertise. The author of an article is indicated on each page of an article.

You can read more about the scholars who have written articles for the Themes below.

Information about the project, the management team and the wider project team is available elsewhere in this section.

Professor in the Department of Indian Studies at the University of Paris-3 Sorbonne-Nouvelle and the Director of Studies in Middle Indian Philology in the School of Advanced Studies in History and Philology at the Sorbonne, Paris, France. Her chief research interests are in Jainism, Sanskrit, Pali, Prakrit, Theravada Buddhism, and Hindi languages and literature of the 20th century.

Professor Balbir’s current academic responsibilities include the secretaryship of the French Association for Indian Studies and the editorship of the Bulletin of Indian Studies. She is also a member of various academic associations and institutions in France and elsewhere.

Read more about Professor Balbir – in French – at the website of the Iranian and Indian Worlds Interdisciplinary Research Centre. 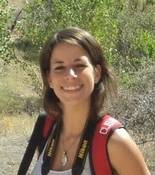 Silvia Rita Amato completed her MSc in the Conservation and Restoration of Cultural Heritage in 2012 at the University of Parma, Italy.

Silvia Rita Amato’s research interests are focused on the use of scientific methodologies for studying materials, execution techniques and degradation products of works of art.

Between February and April 2013 she took up a graduate traineeship in the Science Section of the Conservation Department at the Victoria & Albert Museum (V&A) in London. She studied Jain and Hindu manuscripts from the V&A collections dating between the 15th to the 18th centuries through optical microscopy, Raman microscopy and X-ray fluorescence. The aim of the project was to establish the palette and determine if there was any major difference between the pigments and dyes used on Jain manuscripts and those used on traditional Indian miniatures from the same period.

Silvia Rita Amato has written the article ‘Pigments in Jain manuscripts‘ for JAINpedia.

Jean Arzoumanov was educated at the Ecole Normale Supérieure (ENS) and the Ecole Pratique des Hautes Etudes (EPHE) in Paris, where he completed an MPhil in Asian Studies with a dissertation on Dilaram’s Persian translation of the Karma-prakriti. He is also trained in Indo-European studies.

He is currently preparing his PhD, researching Persian-language descriptions of India commissioned by British officers in the first half of the 19th century.

Knut Aukland is a PhD candidate in Religious Studies at the University of Bergen, Norway.

He completed an MPhil degree on the cult of Nakoda Bhairava in 2010 at the University of Oslo, Norway. He participated as a scholar in the International School for Jain Studies in 2010. In 2012 he was awarded an MSt in Oriental Studies on colonial Bombay and Poona by the University of Oxford, United Kingdom.

His ongoing research looks at the nexus of religion and tourism in Indian pilgrimage sites, including Jain sites. He has a special interest in the Jain pilgrimage sites at Hastinapur, Uttar Pradesh.

Knut Aukland published an article entitled ‘Understanding Possession in Jainism’ in Modern Asian Studies in 2012 and has written the article on Nākoḍā Bhairava for JAINpedia. 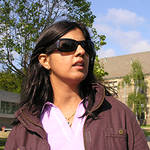 Shivani Bothra graduated from Florida International University, Miami, USA in April 2013 with an MA in Religious Studies. Her thesis was a critical analysis of the Anuvrat Movement. Her previous MA was in the Science of Living, Yoga and Preksha Meditation, taken at the Jain Vishva Bharati Institute in Rajasthan, India.

Programme co-ordinator of the International Summer School for Jain Studies (ISSJS) in India since 2009, she is a reporter for the online magazine HereNow4U and a contributor to the Swiss online magazine Alimentarium. Her next milestone is to complete a doctoral study programme.

Professor in the Department of Languages and Cultures (India) in the Faculty of Arts and Philosophy, Jaina Studies, at Ghent University, Belgium.

Professor De Clercq is contributing several articles on Jain literature to JAINpedia, including pieces on the Jain versions of the Sanskrit epics, the Mahābhārata and Rāmāyaṇa and Jain Universal History.

Chair of the Centre of Jaina Studies at the School of Oriental and African Studies (SOAS) at the University of London.

Dr Flügel is a lecturer in the Department of the Study of Religions and a member of the SOAS Food Studies Centre and the SOAS Centre of South Asian Studies. Editor of the International Journal of Jain Studies, he is also co-editor of Jaina Studies – Newsletter of the Centre of Jaina Studies, and series editor of Routledge Advances in Jaina Studies.

Head of the Department of Asian and Islamic art history, in the Institute for Oriental and Asian Studies at the University of Bonn, Germany.

Professor Hegewald is contributing well over a dozen articles to JAINpedia, including major pieces detailing the many kinds of Jain temple.

Professor Kelting’s chief research interests are the religions of South Asia, ritual theory, gender studies and cultural studies and she has published two books and many articles on these topics. She is a member of the editorial board of the Centre of Jaina Studies at the School for African and Oriental Studies, University of London.

Professor Kelting has written over a dozen articles for JAINpedia, covering well-known women in Jain tradition – particularly the soḷ satī – hymns and festivals such as Paryuṣaṇ and Āyambil Oḷī. She has also generously allowed JAINpedia to use some of her field recordings of hymn performances. 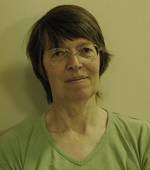 Former Librarian of the Royal Asiatic Society of Great Britain and Ireland.

Kathy completed a BA in Indian Studies at Cambridge University, with Sanskrit as the major option and Prakrits and Pali as the minor option, then later studied for an MA in Library and Information Studies at University College London. She is responsible, with the RAS Director, for the management of the Society’s collections, including its manuscripts, paintings and drawings.

Kathy has written the article on the Royal Asiatic Society for JAINpedia. She has also organised the digitisation of some of the key items in the RAS’s collections of Jain manuscripts and artefacts, which can be seen in the Manuscripts section of JAINpedia. 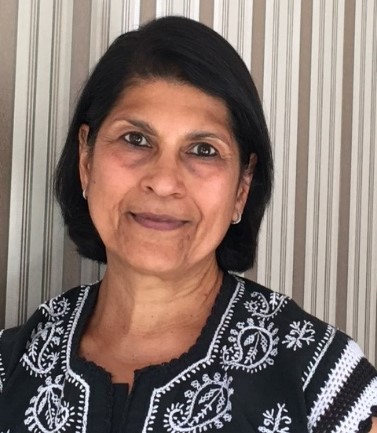 Shruti Malde completed her MA in the study of religions at SOAS in September 2010, focusing on Jainism. Her dissertation ‘The Concept of Leśyā in Jaina Literature’ was awarded the Dissertation Prize in Jaina Studies by the Centre of Jaina Studies, sponsored by the N. K. Sethia Foundation through the Institute of Jainology.

A native of Rajasthan, India, Kanti was appointed to the chair of Applied Statistics at Leeds University in 1973. He founded the Centre for Medical Imaging Research there and served as its director. In 2003, he received the prestigious Guy Medal in silver from the Royal Statistical Society, which is awarded to a single individual each year.

Active for several decades in the British Jain community, Kanti is president of the Yorkshire Jain Foundation, which he founded three decades ago. He is a former vice-chairman of the Jain Academy. The National Council of Vanik Associations (UK), now known as Vanik Council (UK) honoured him in 2004 for his contributions to the Jain community.

In addition to professional publications in the field of statistics, Kanti has published several articles on Jainism, and was editor of Jaina magazine. Kanti’s relevant books are:

For JAINpedia Kanti has written the article Jainism in scientific terms and co-written Jainism and scientific thought with Dr Aidan Rankin.

Head of Collections in the Science Department at the Bibliothèque Nationale de France.

Working under the supervision of Nalini Balbir, Jérôme Petit gained his doctorate in Jain studies. His thesis is on Banārasīdās in the history of Digambara thought on the self.

He is writing articles for JAINpedia on well-known Jain teachers, both ancient and modern.

Dr Aidan Rankin has an MA in Modern History from Pembroke College, Oxford and a PhD in Government from the London School of Economics.

Aidan served as news editor for Jain Spirit magazine and guest-edited its 19th issue. He has written two books on Jainism:

He has also co-written Social Cohesion: A Jain Perspective with Dr Atul K. Shah, published by Diverse Ethics in 2008.

All three publications aim to apply Jain concepts to the wider political and social arena, addressing in particular issues of ecology and the relationship between humanity and the planet.

His next book, Living Jainism: Science and Ethics, is co-written with Professor Kanti Mardia as senior author and is published by Mantra Books in 2013.

For JAINpedia Aidan has co-written the article ‘Jainism and scientific thought‘ with Kanti Mardia.

Jasmine Kelly is the JAINpedia content manager, responsible for managing and developing all of the content on the website. She works closely with Nalini Balbir on the editorial strategy and implementation. Jasmine is the primary contact with the wider project team based at the Institute of Jainology (IoJ).

Jasmine is a freelance online content specialist, with experience in a variety of ambitious online and digital initiatives.

Mellon postdoctoral fellow in the Department of Religious Studies at Stanford University, USA and former Research Fellow at Gonville and Caius College at the University of Cambridge, UK.

She completed her PhD dissertation at Columbia University, New York, USA, which is entitled ‘Cosmopolitan Encounters: Sanskrit and Persian at the Mughal Court’.

She currently serves on the editorial board for Perso-Indica and has written articles for JAINpedia on Jainism and Islam.