» Chart of measurements
Browse All Manuscripts 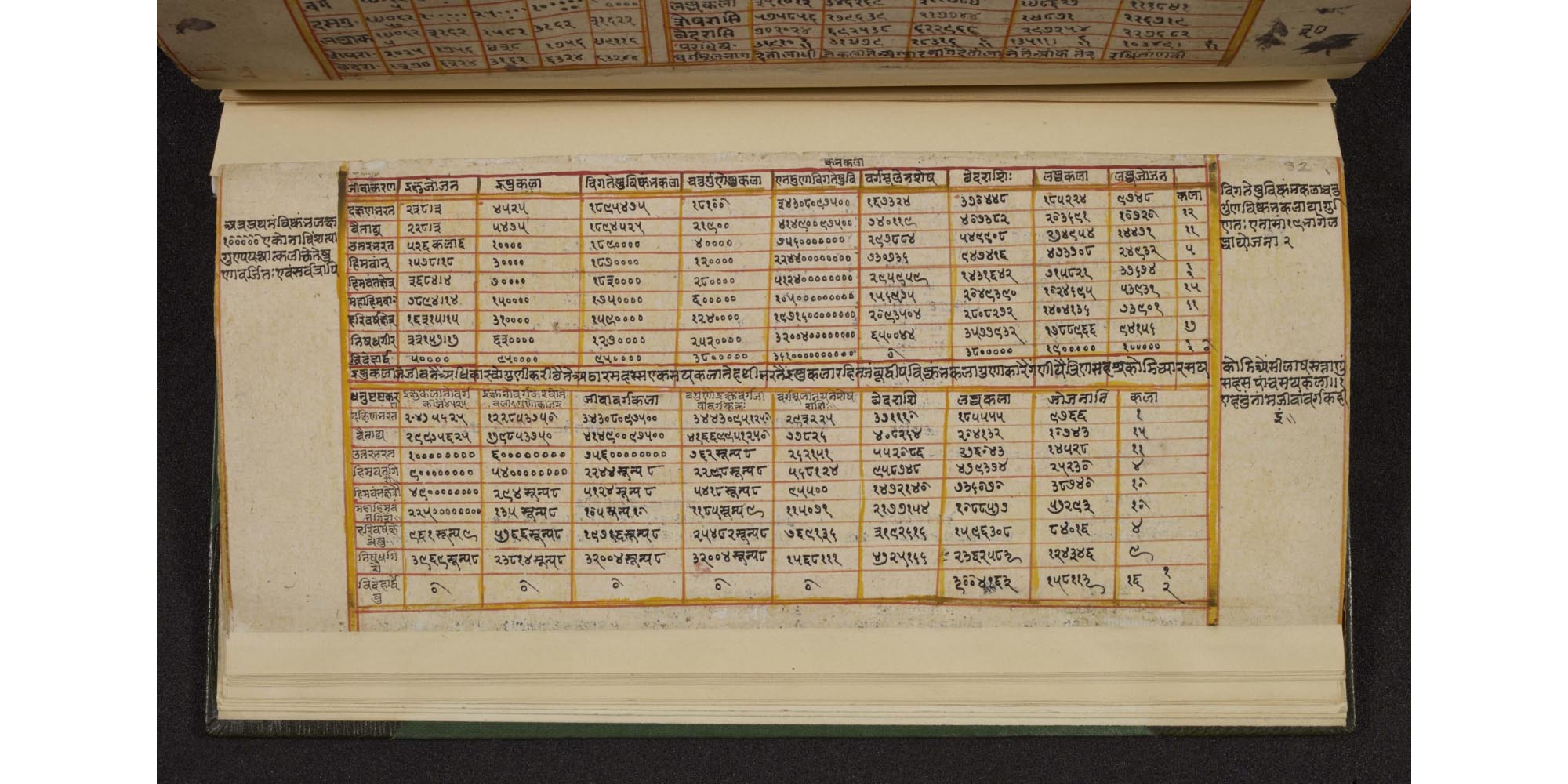 The Laghu-kṣetra-samāsa – Brief Summary of the Areas [of the World] – belongs to the tradition of Śvetāmbara writings on the Jain universe. It was written in Prakrit verse in the 14th century by the monk Ratnaśekhara-sūri. The title underlines the condensed nature of the work and indicates that there are also expanded versions. The one in this manuscript has 265 stanzas.

The kṣetra-samāsa works are mainly geographical, describing all the areas – continents, mountains, oceans and so on – that constitute the three worlds.

Teaching and learning cosmology are an important part of monastic education. Partly for this reason, cosmological writings have generated numerous commentaries in Sanskrit or the vernacular languages. Some manuscripts just have the Prakrit verses but this one also contains a Gujarati commentary written by a famous monk. Pārśva-candra-sūri was the founder of a gaccha that took his name, having separated from the Nāgapurīya-Tapāgaccha in 1572 of the Vikrama era. He was also a prolific writer and commentator in Gujarati.

A rich pictorial tradition has also grown up round cosmological works, as visualisation is part of the transmission of knowledge on the Jain universe and is helpful as a means of understanding.