» Image of a Jina
Browse All Manuscripts 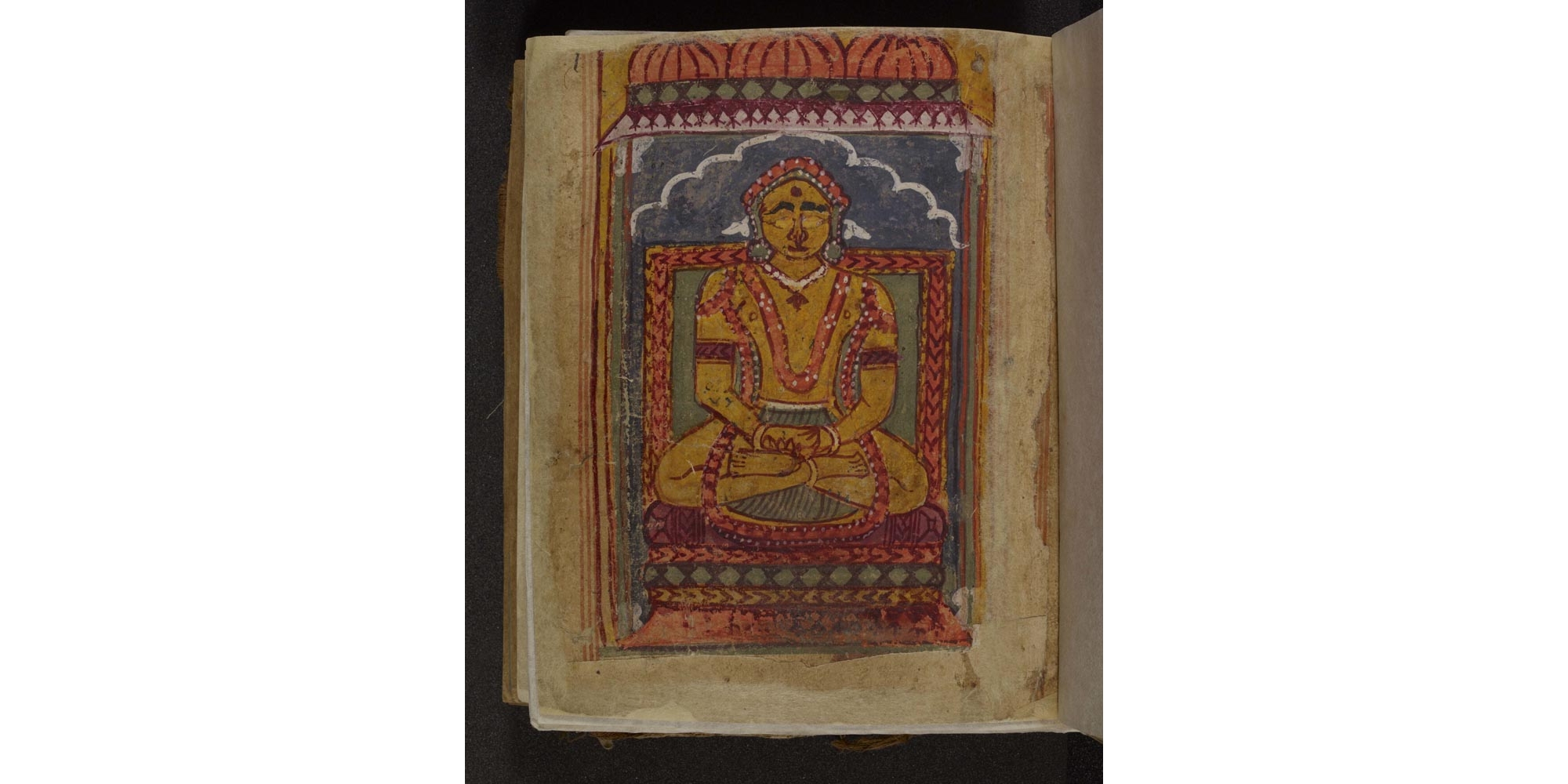 Each page of this manuscript, which is a kind of prayerbook, contains the colourful image of one of the 24 Jinas with the text of a Gujarati hymn dedicated to him. Yaśo-vijaya (1624–1686), the composer of these hymns, is a famous Śvetāmbara monk, teacher, writer and leader. Well known as a logician, philosopher and polemicist, he was also a poet and Jain devotee.

Yaśo-vijaya wrote on all subjects in Sanskrit, Prakrit, Hindi and Gujarati alike. He composed philosophical treatises, but also simpler works, such as the hymns here. As an intellectual, he had to take a stand in the lively debates about the validity of image worship at the time. As a Śvetāmbara Mūrtipūjak in the Tapāgaccha, his position was in favour, and many of his writings are scholarly discussions establishing his view.

The poems of the Caturviṃśati-jina-stava are religious songs characterised by their harmonious style and the expression of devotion. Each occupying one full page, every one of the 24 poems can be seen as an individual work. Each one starts with the auspicious sign traditionally found at the beginning of a textual unit and has a final colophon. As is usual in medieval Indian devotional poetry, the author gives his own name in the last verse of the poem. Here it is the phrase vacaka Jasa, where Jasa stands for Yaśo-vijaya.

Jinas are always represented in a very stylised way in visual art, with no obvious identifying marks, except for the 23rd Jina, Pārśva. Each Jina has an emblem that is frequently included in pictures so he can be identified.

A Jina is always shown in meditation, either standing or sitting, like here. Among the Śvetāmbaras, the Jina is thought of as a spiritual king and is often depicted with ornaments and pictured seated on a throne.

The British Library Board Or. 13741 Mānatunga perhaps 18th to 19th centuries