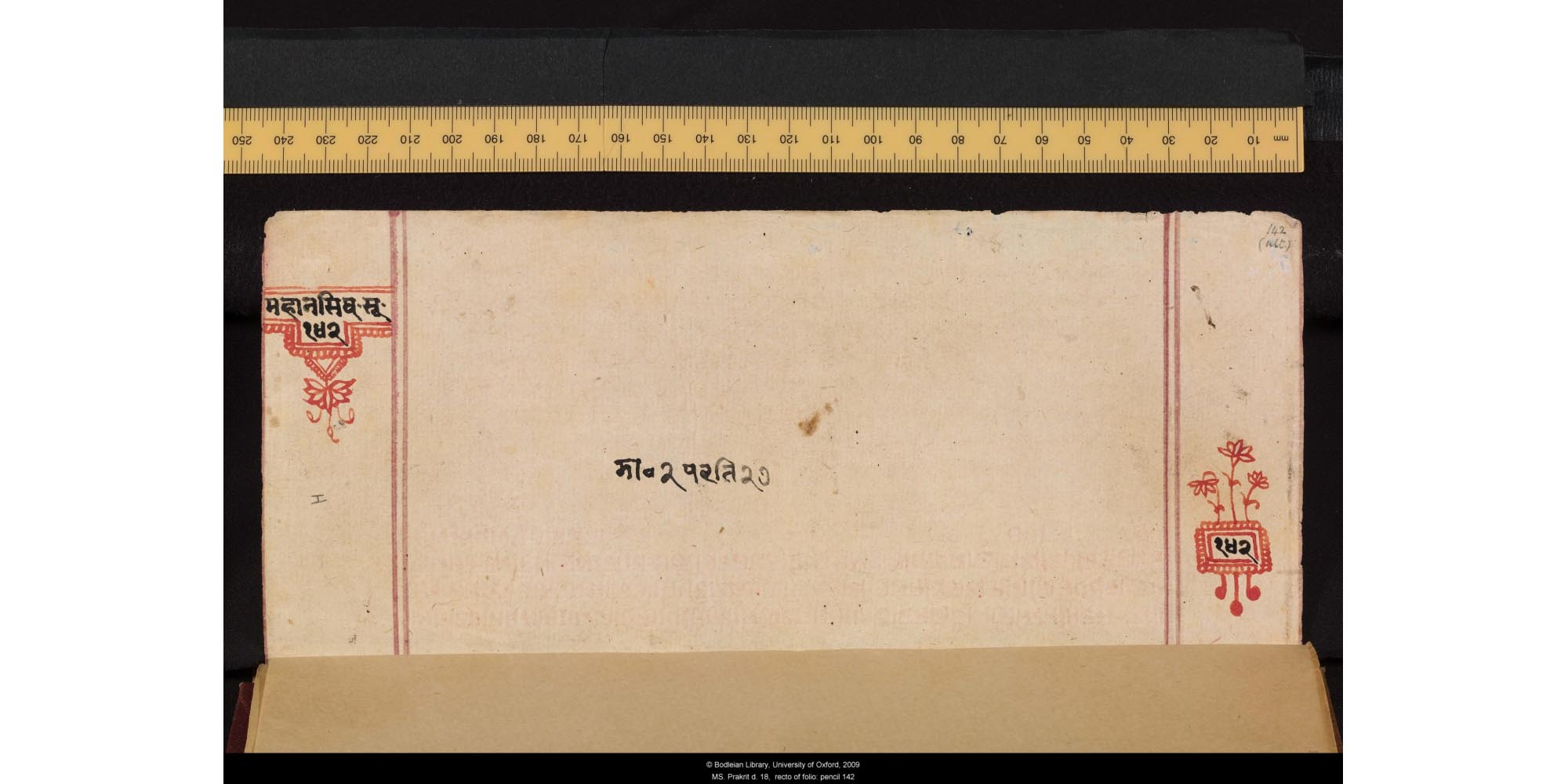 The Mahā-niśītha-sūtra is one of the Cheda-sūtras, a class of scriptures in the Śvetāmbara canon. It is written in Ardhamāgadhī Prakrit, though it is clearly influenced by the later variety of Prakrit known as Jaina Māhārāṣṭrī. It is a book with a disputed place in the canon. The Śvetāmbara Mūrti-pūjaks recognise its authority and include it among their 45 canonical scriptures. The sect of the Sthānaka-vāsins, however, excludes it because they believe it is later and not authoritative.

The Mahā-niśītha-sūtra’s eight sections mainly deal with confession, contrition and atonement, monastic hierarchy and definitions of the perfect ascetic and the imperfect monk. These topics are found in other Cheda-sūtras. The title Mahā-niśītha-sūtra echoes the Niśītha-sūtra, which belongs to the same category, and suggests that this is a full version of it, because its title means ‘great niśītha-sūtra’. But its style is quite different. Instead of the expected concise aphoristic style, it alternates discursive parts in prose and long verse portions. On the other hand, several chapters are narrative in character. These qualities may explain why the Mahā-niśītha-sūtra has aroused suspicions of its credibility, both among Sthānaka-vāsin Jains and modern scholarship.