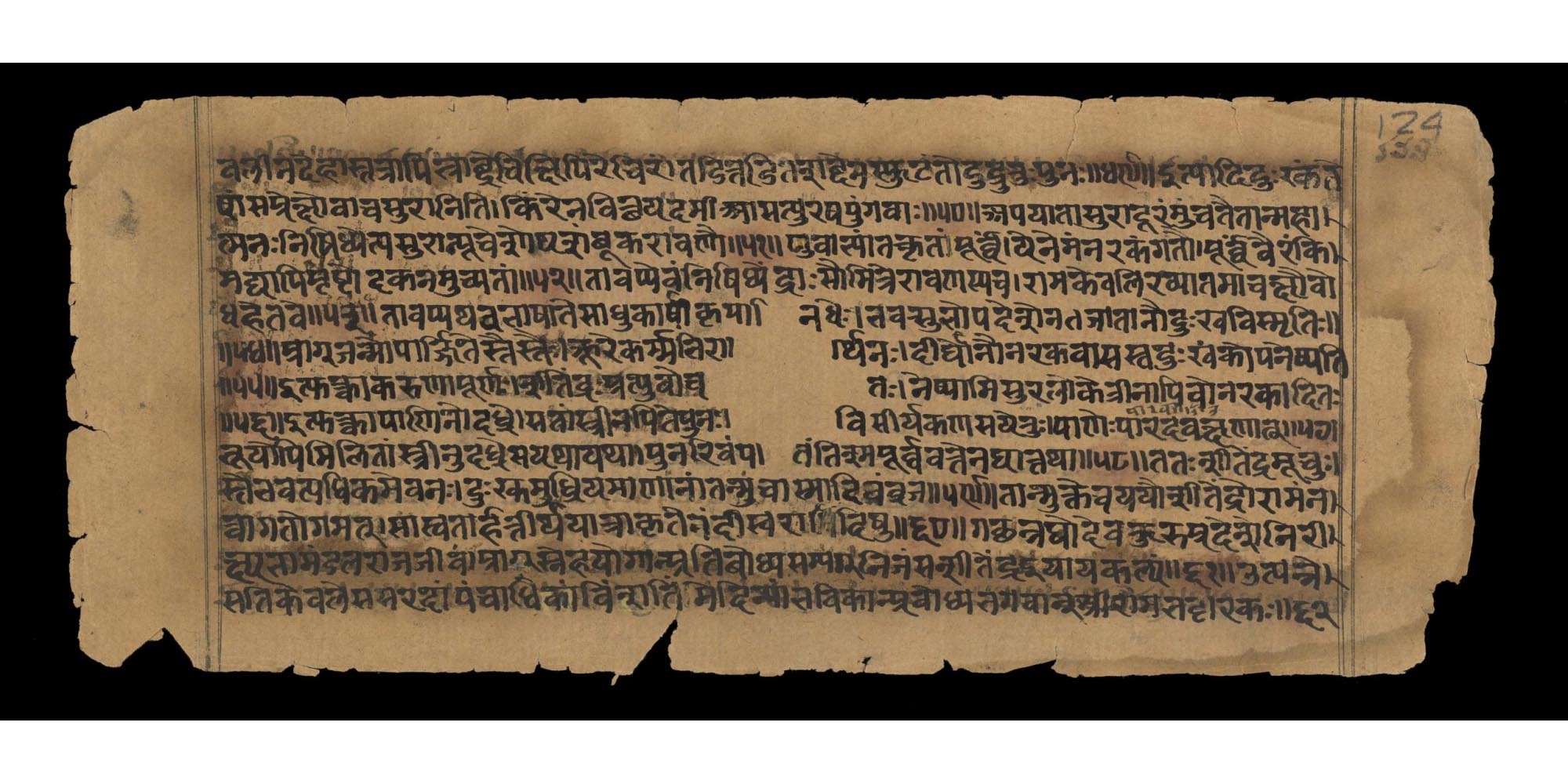 Several Jain authors have given their version of the Jain Rāmāyaṇa in Prakrit or Sanskrit since the beginning of the common era. The originality of the Jain Rāmāyaṇa is that all the main heroes of the epic are integrated within the frame of Jain mythology – what Western scholarships call 'Universal History'. In Hemacandra’s words, it starts:

2    In the Lives of the 63 Illustrious Great Men, the great poem composed by Hemacandra, in its seventh book,
3    it was the tenth chapter called ‘Rāma’s attainment of emancipation’ – completed. This Rāmāyaṇa, this life of Padma is completed. Units count: 3843.
4    Copied, there was the ṛṣi Mūjya and the ṛṣi Daragaha. Copied by the latter’s pupil, ṛṣi Kalyāṇu. In the year 1658 [VS = 1601 CE],
5    In the month of Aśvina, on the third day, [of the] bright [half of the month], a Saturday, in the bright fortnight, in Piṇḍīnagara, when in the Mughal dynasty, King Akbar
6    was ruling. May there be prosperity! May there be well-being, victory to the scribe and the reader! Exactly like I saw in the manuscript,
7    Exactly like that I have written. Whether it is correct or not correct, the fault should not be ascribed to me. May there be well-being to the scribe!

The following observations can be made about the colophon. Firstly, it is difficult to say much about the person who copied the manuscript and about the persons related to him. Nevertheless, the title ṛṣi suggests that they are Sthānakvāsin monks, as they use this term in monastic titles.

References to the Moghul Emperor Akbar in the colophons of Jain manuscripts are common. They are often a subtle way of paying homage to him, as he showed signs of favour towards the Jain faith and Jains during his reign.

Finally, the sentence 'exactly like I saw in the manuscript…' is a 'scribal maxim'. These are verses a professional scribe or anyone who copies a manuscript may use. Relating to the difficulties and risks of such painstaking work, these phrases express the copyist’s wish not to be blamed for any mistakes.