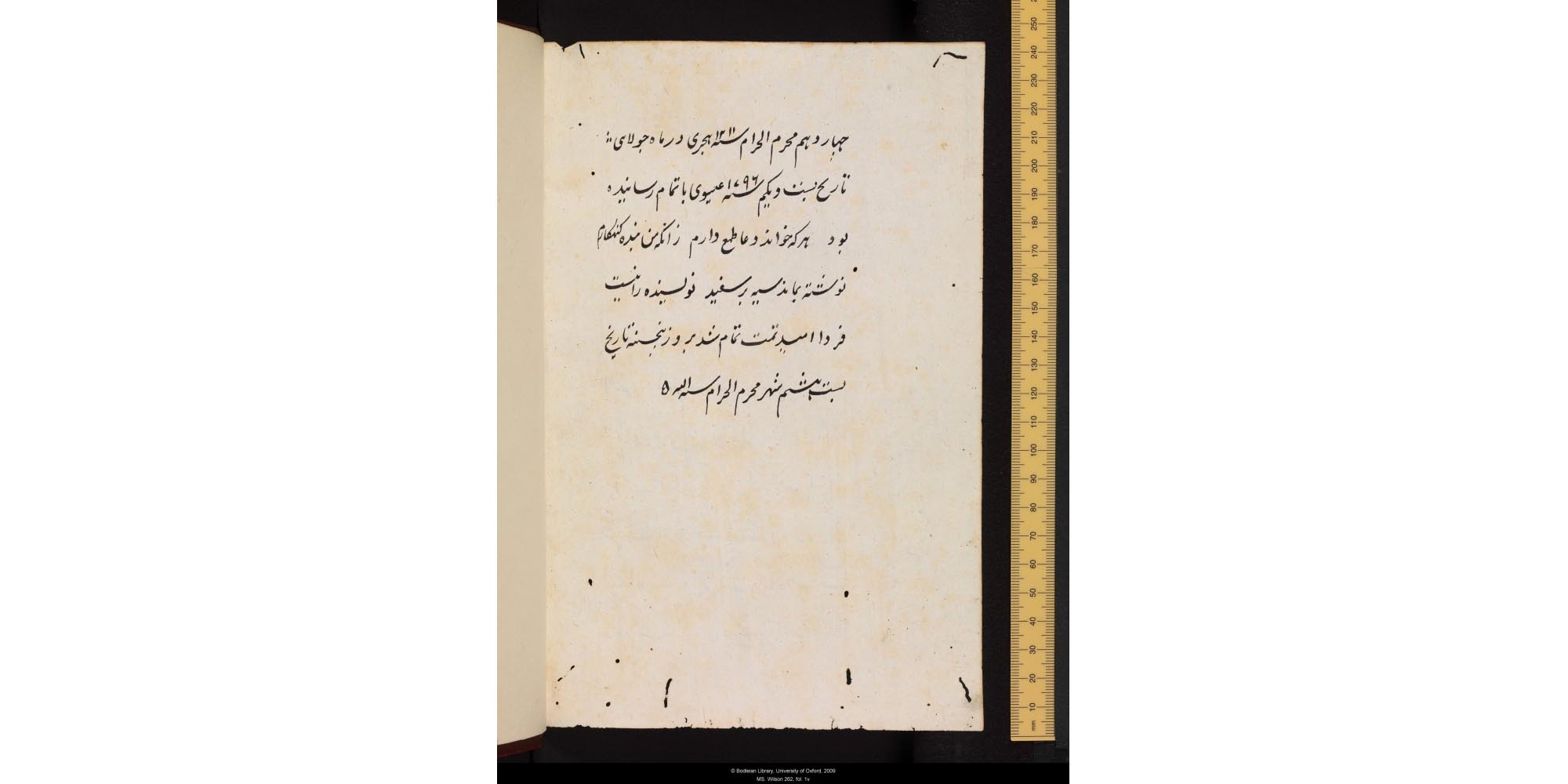 This manuscript is significant as a curiosity because it combines a Jain text in Prakrit with a Persian commentary, and is featured as a highlight of JAINpedia.

The Prakrit work, called the Karma-kāṇḍa or Karma-prakṛti, belongs to the Digambara tradition. By Nemicandra, a Digambara scholar monk who lived in the 11th century, it explores types of karmas and the way they work in verse. In the manuscript the verses are written in the script usually used for Indian languages, namely Devanāgarī. The verses are preceded by the word gāthā, meaning 'stanza', and normally end with the stanza number, in the usual Indian way. The last stanza is numbered 81.

The Persian title says: 'Persian translation of Pūhtī Karma Kānd on the Religion of Jain Matī'. The long commentary in Persian is written in Persian script. The manuscript is dated:

It seems that Nemicandra’s work attracted the attention of intellectuals outside the Jain tradition, as this Oxford manuscript is not the only example of Karma-kāṇḍa with Persian commentary.

Another instance is the British Library manuscript Add. 25,022, which is not digitised on JAINpedia. This has a Persian commentary written by Dilārām, son of Mansārām, a brahmin of Bijnūr, Shāhjahānābād. At the end of the manuscript, the commentator states that he completed this work in July 1796 for the French general Claude Martin. This was probably at Lucknow in modern Uttar Pradesh, where Martin was a Nawab in the service of Asaf al-Dawlah. This is the same for this Oxford manuscript.

More broadly, such manuscripts demonstrate that scholars, regardless of their religious affiliations, were keen to read the texts of other intellectual traditions that had arisen in pre-modern India.

With thanks to Alasdair Watson, Curator of Middle Eastern and Islamic Manuscripts, Bodleian Libraries.

Persian writing is read from right to left, and books written in Persian therefore begin at what would be the back in Western books. The digitised images on JAINpedia follow the order of the text. 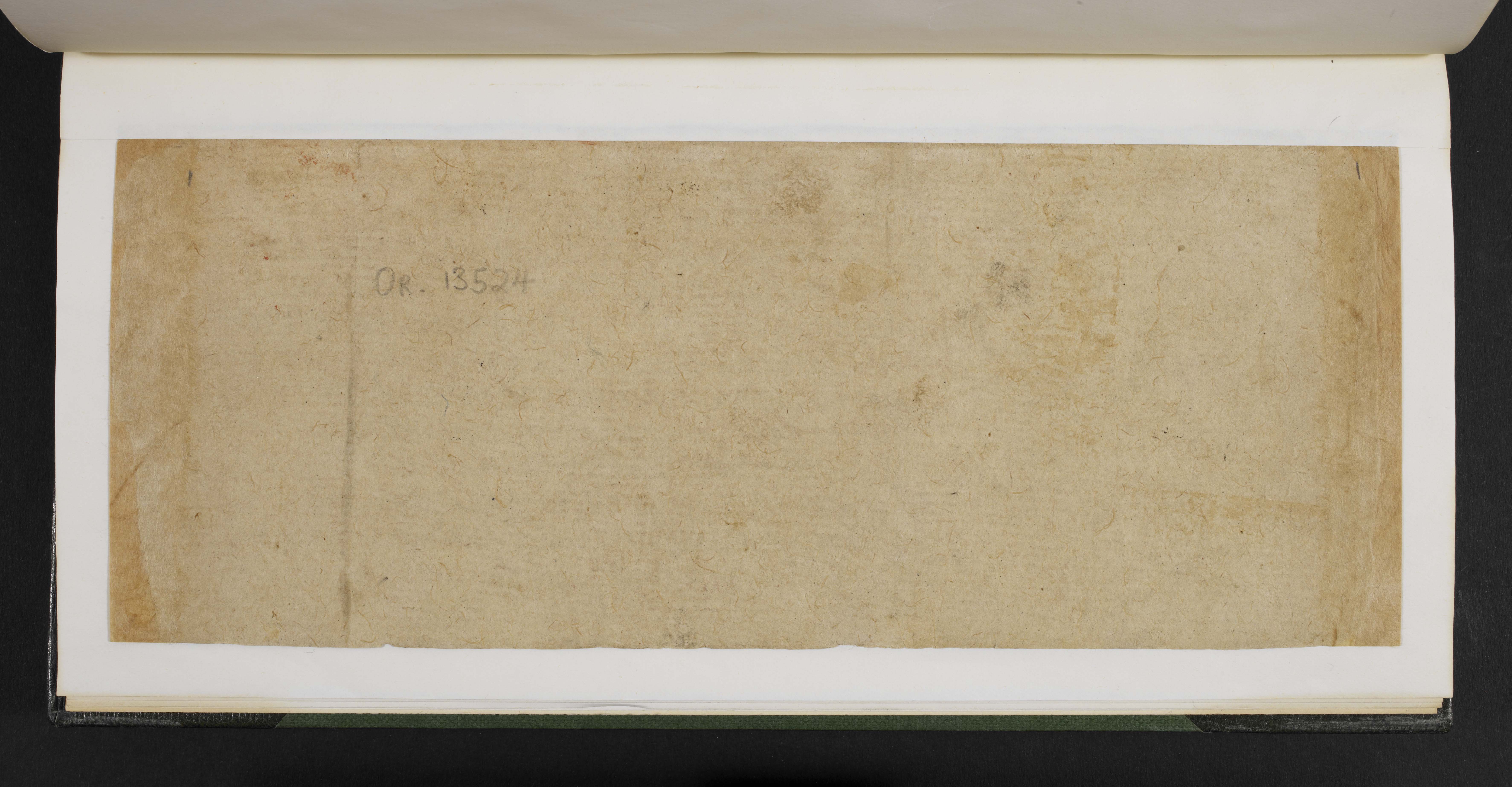 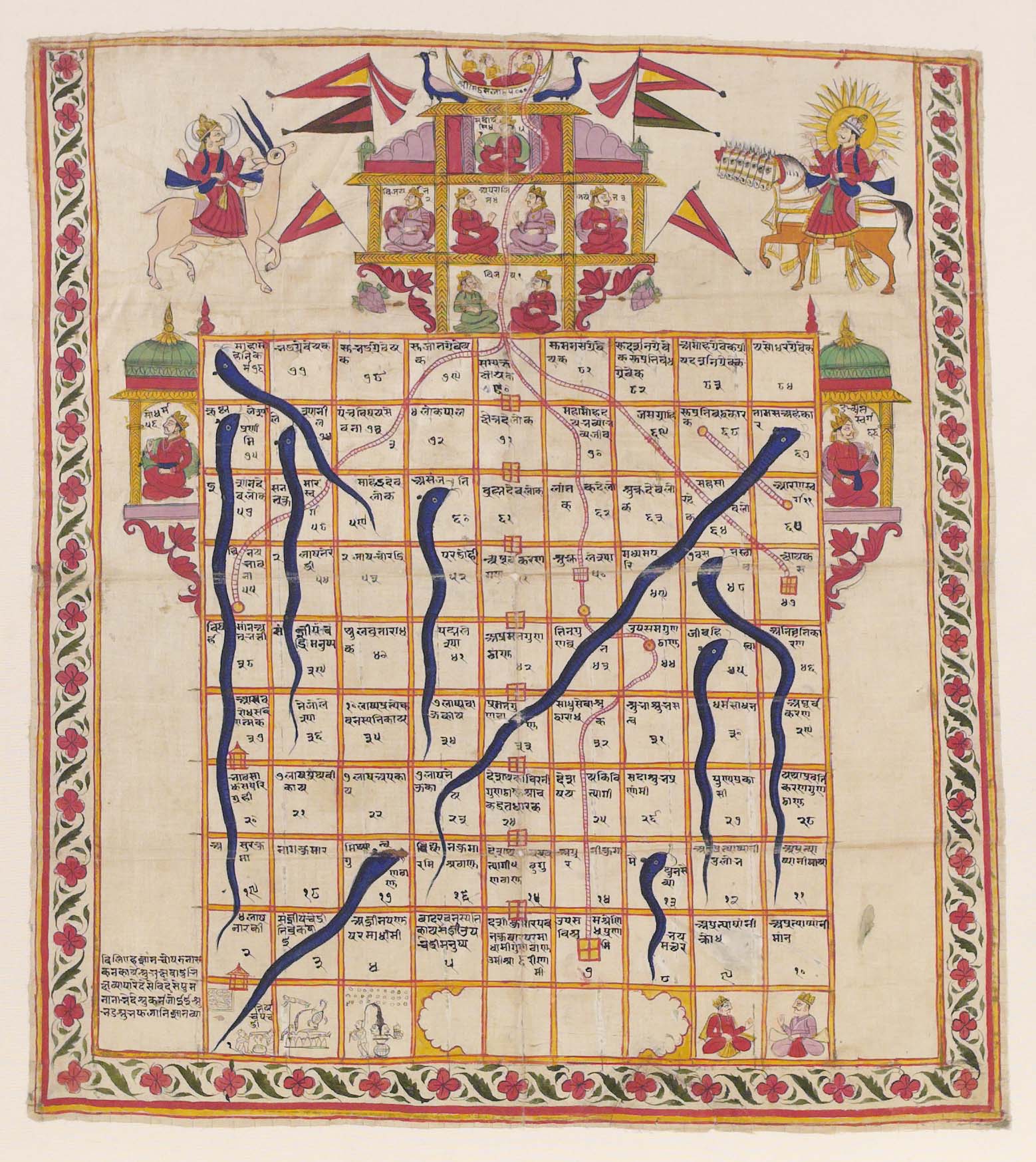