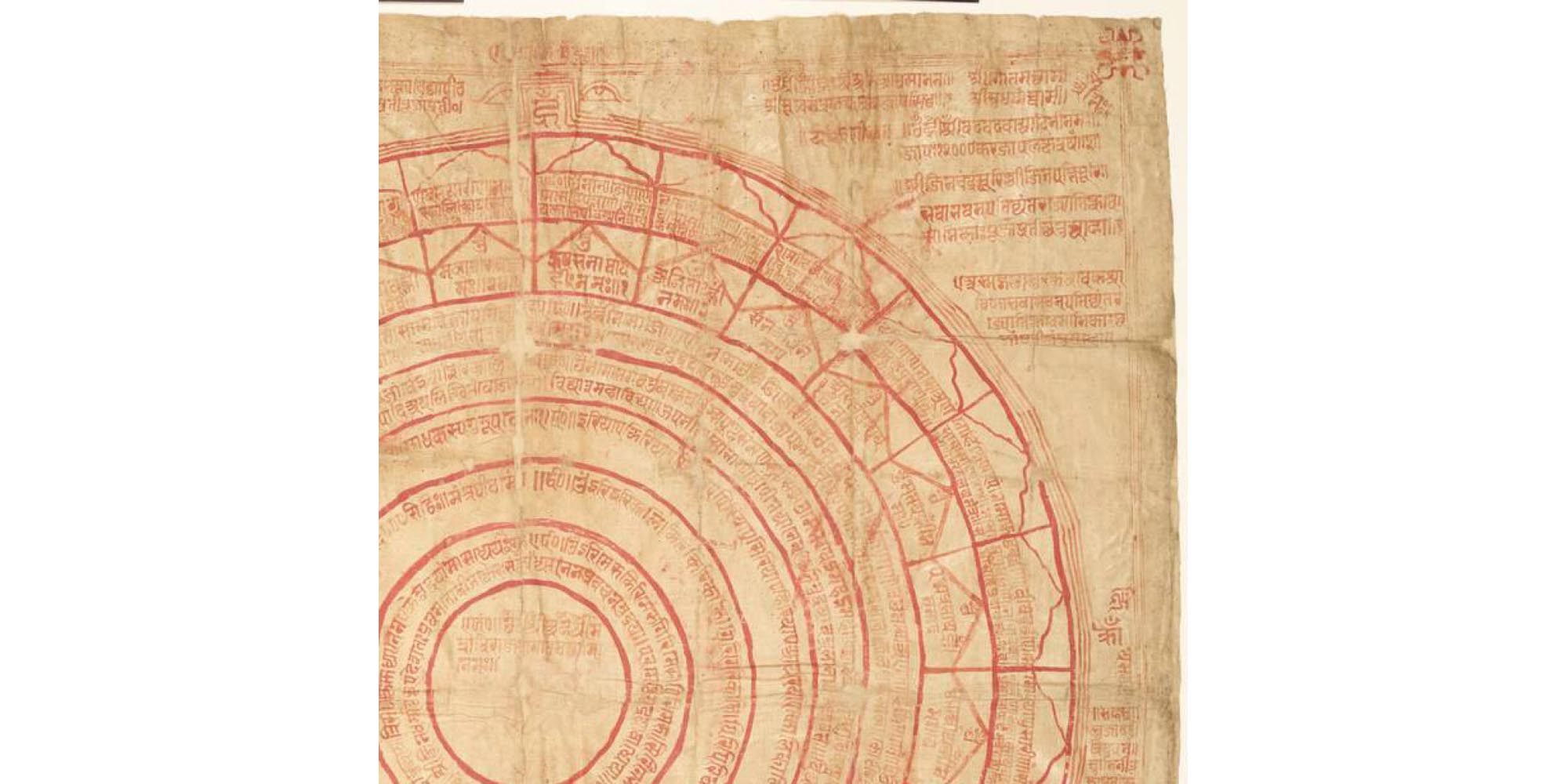 A sūri-mantra-paṭa is a mystical diagram on cloth, like here, or on paper, which features formulas of homage and sacred syllables – mantras. It is thus a kind of maṇḍala or yantra, which is frequently used in worship and meditation among both ascetics and lay people.

Monks of the Śvetāmbara monastic orders use sūri-mantra-paṭas when they reach the higher ranks of religious hierarchy. The yantra gets its name from the highest grade of male mendicant, which is sūri, but it can also be used among lower monastic levels. More generally, worshippers are inspired by the example of Indrabhūti Gautama or Gautama-svāmin, the foremost disciple of Mahāvīra, the 24th Jina. He is often shown at the centre of the diagram, although not here.

The date on this sūri-mantra-paṭa corresponds to 1449 CE, making it among the oldest known examples. All yantras include pictures and text but the muted colour scheme and chiefly textual appearance of this one contrasts sharply with modern sūri-mantra-paṭas, which are often brightly coloured and have little text.

Bottom right of the verso

Verso of the lining fragment