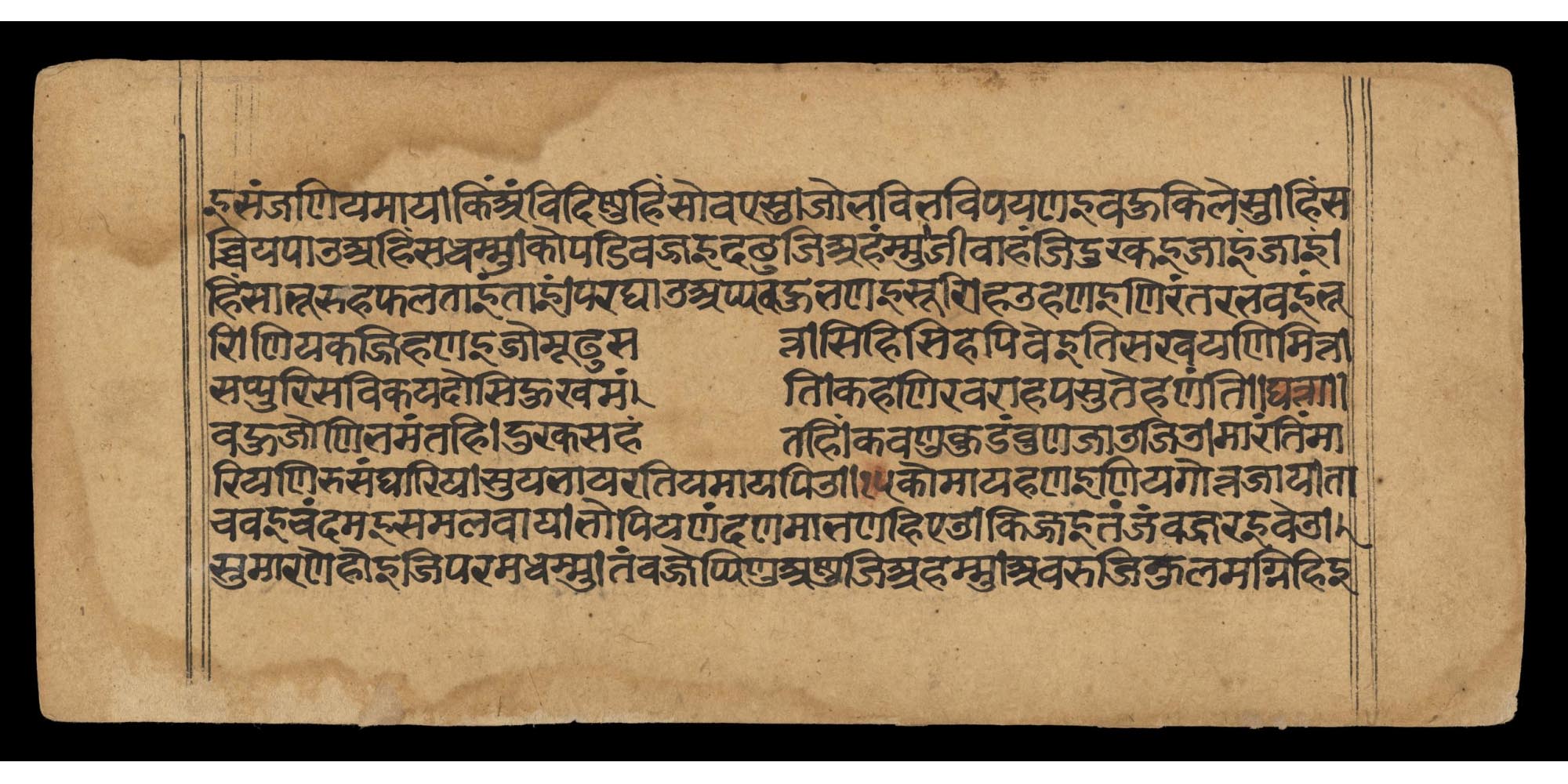 The 15th-century Digambara poet Raidhū composed a version of one of the most important Jain tales – the Story of Yaśodhara. Called the Jasahara-cariu, which means 'the story of Yaśodhara' in Apabhraṃśa Prakrit, Raidhū’s version has the subtitle of 'having the characteristic of compassion' – daya-lakkhaṇa. This underlines the main teaching of the story, which is a manifesto against violence of all types and a defence of non-violence.

A story with several episodes, the tale of Yaśodhara is a good representative of religious teaching in narrative form – dharma-kathā. Its importance comes from the fact that it shows very clearly the working of karma and rebirth and refers to key concepts, such as:

Ultimately, all the protagonists become pious Jains and will be emancipated.

The text is divided into four sections called sandhi, which go into detail about all the rebirths that are recounted in the story within a story:

This version of the story has not yet been published. It is known from very few manuscripts, which are all illustrated and in India. However, not a single manuscript is complete. So this one, held in the Wellcome Trust in London, is a precious document, even though it is only the first half of the story. It is probable that the second half of the document is a manuscript originally kept in Delhi, dated 1454 CE. It is also very likely that a single folio in the Los Angeles County Museum of Art is part of the same manuscript (see Balbir, forthcoming).

Like other versions of the tale of Yaśodhara, Raidhū's narrative poem is a major inspiration for illustrations in Digambara manuscripts.