Marudevī is best known as the mother of the first Jina, Ṛṣabhanatha or Lord Ṛṣabha. Like other mothers of Jinas – Jina-mātās – Marudevī experienced the auspicious dreams that herald the birth of a Jina.

Accounts of Marudevī’s life and her religious importance vary between the Digambara and Śvetāmbara sects of Jainism. These versions reflect the sects’ different views of women. Śvetāmbaras hold that Marudevī was the first person to reach liberation in this era while Digambaras believe that she has no significance beyond being the mother of a Jina.

The two main Jain sects of Digambaras and Śvetāmbaras give different weight to Marudevī’s religious significance. Their versions of her life story echo their contrasting approaches to the potential for women‘s enlightenment.

There is some written evidence that Marudevī was worshipped in the medieval period. There are also images of her seated on an elephant in the temples at Śatruñjaya and Rāṇakpur. 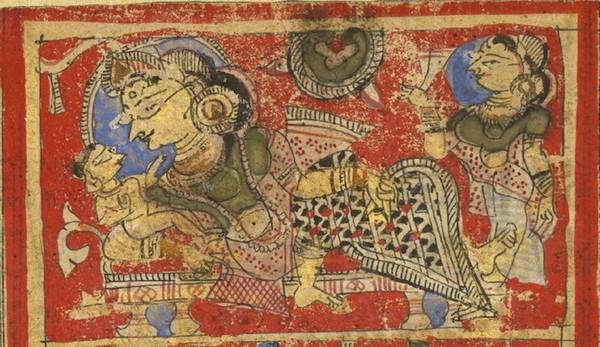 Among Śvetāmbara Jains, Marudevī is known to be the first person to achieve liberation in this era. Her story is cited as proof that lay women are capable of achieving emancipation.

In Śvetāmbara texts, Marudevī’s past life was as a nigoda and she gained enlightenment in her first life as a human.

Some Śvetāmbara traditions have Mahāvīra‘s last sermon focusing on Marudevī.

In Digambara accounts, however, the first person to be liberated was one of Marudevī’s grandsons, a son of Ṛṣabhanatha or Lord Ṛṣabha. Marudevī herself has no particular relevance for Digambaras beyond her role as a Jina-mātā.

In Digambara texts, Marudevī was a woman on another continent in the Jain universe in the life before she was reborn as Marudevī. 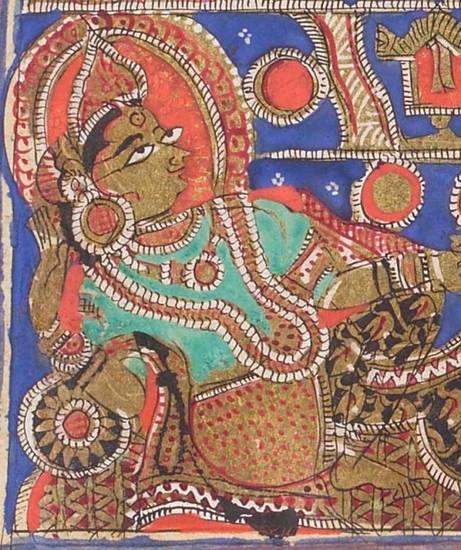 Marudevī is married to King Nābhi. On the night she conceives the baby who becomes the first Jina of this era, Marudevī has the auspicious dreams that foretell the birth of a Jina. In Marudevī’s case, the bull is the first dream rather than the elephant and therefore she named her son after it, calling him Ṛṣabha. This is why the emblem of Ṛṣabhanātha or Lord Ṛṣabha is the bull.

Ṛṣabha reaches adulthood, marries and has a hundred children including Bāhubali, Bharata, Brāhmī and Sundarī. After this he decides to renounce the householder life to become the first Jain mendicant. He soon reaches enlightenment.

According to Śvetāmbara accounts, Marudevī rides an elephant to hear the sermon being given by some newly enlightened teacher. When she arrives she sees the holy man is her son, Ṛṣabha. Marudevī looks down from her elephant and sees the splendour of the universal assembly of a universal ruler. When she realises the universal ruler is her own son, she attains omniscience and then dies, achieving liberation.

Marudevī is often named as the mother of Ṛṣabha in hymns but the story of her enlightenment is found only in the narrative literature.

Many of the discussions of Marudevī in Śvetāmbara philosophical literature focus on the question of how she achieved enlightenment in her first human life and related features of Jain karma theory.

The Image of the Hero in Jainism: Rsabha, Bharata and Bahubali in the Adipurana of Jinasena
George Ralph Strohl
PhD dissertation submitted to University of Chicago in 1984