Daśa-lakṣaṇa-parvan or Daśa-lakṣaṇa-parva is the Digambara counterpart of the festival of Paryuṣaṇ, which is celebrated only by the sect of the Śvetāmbaras. Although the two festivals are quite different, they share some features. These include the time of the year they are held, the prominent role played by a specific religious text and the centrality of the concept of forgiveness. 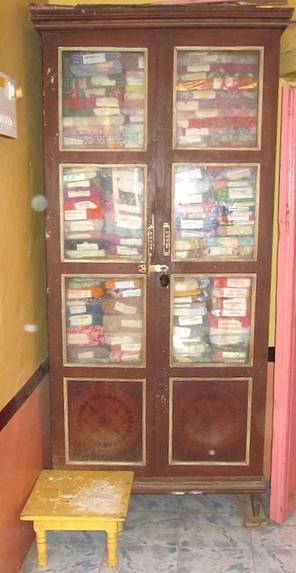 The annual festival of Daśa-lakṣaṇa-parvan starts one day after the Śvetāmbara festival of Paryuṣaṇ is completed – that is, on the fifth day of the bright half of Bhādrapada, equivalent to August to September. Thus it also falls in the rainy season, which is a period of retreat and increased religious observances for all Jains, whether mendicants or laity.

Daśa-lakṣaṇa-parvan takes place shortly before the turn of the year in the traditional calendar. The end of the year and the beginning of the new year is celebrated in the festival of Dīvālī, which occurs in the autumn.

Like many Jain festivals or religious occasions, Daśa-lakṣaṇa-parvan is associated with a specific number. Here it is ten. The festival lasts for ten days and its name means 'the festival of the ten virtues'. They are:

These virtues are components of the broader concept of dharma. They are listed in chapter 10, sūtra 6 of the Tattvārtha-sūtra. This sacred book has a central part in Daśa-lakṣaṇa-parvan, comparable to that of the Kalpa-sūtra in Paryuṣaṇ. Each of the ten chapters of the work is recited or read on successive days by mendicants to the congregation of local Digambara Jains. The mendicants also deliver sermons based on these chapters or talk in more detail about the ten virtuous qualities.

These ten days of Daśa-lakṣaṇa-parvan are a period of intense religiosity for the sect of Digambaras, who take on many religious restraints and thus come close to the mendicants' way of life. Each person decides what observances to follow and how strictly to keep them. The restraints are described as being extreme, average or low.

As in other Jain festivals, the main area of restraints is food. There are three possible forms:

The first one is the lowest type of restraint and consists of not eating certain kinds of food for the period of the festival. The second kind is the average level and relates to the quantity of food. It usually means taking one meal a day instead of two or three. The final kind is at the extreme end of religious austerity. Only boiled water passes the lips of the devotees, who fast completely for a limited period of time. The water they drink must be boiled because only then can they be sure there is no life in it. It is therefore the only acceptable liquid from the religious point of view, since otherwise they may unknowingly commit violence.

Many Digambaras fast completely on the first and last days of Daśa-lakṣaṇa-parvan. 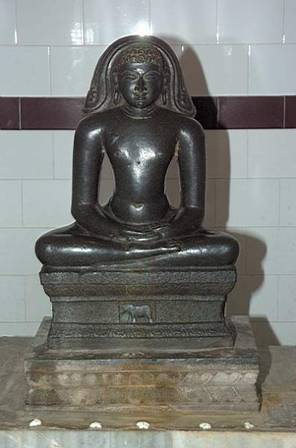 Statue of AnantaImage by Ramesh Kumar © Jain Sites in Tamilnadu

The ten-day period of Daśa-lakṣaṇa-parvan ends in the day known as 'Endless Fourteenth' – Ananta-caturdaśī. The most sacred day of the year for Digambaras, it gives a prominent place to the 14th Jina, Ananta.

On this day the festival ceremony of kṣamāpanā – 'asking for forgiveness' – takes place. All Jains are expected to take part in this ritual unless poor health prevents it. The members of the local community repent all lapses and offences during the past year in a lengthy public ceremony of group confession. Each festival-goer asks everyone with whom he or she has been in touch over the previous 12 months for forgiveness for any sin or mistake. In the evening the ritual of repentance – pratikramaṇa – completes the day.

The ritual of repentance involves repeating the Prakrit phrase Micchāmi Dukkaḍaṃ. Meaning 'May no harm come from my actions', this formula is offered aloud to all living beings and then to the other worshippers gathered there.

After the final ceremony, most Jains will make a point of saying Boli Cali Micchāmi Dukkaḍaṃ to others when they next meet. This means 'Let no harm come from anything that was said or done' and is related to the repentance ritual. Frequently, Jains will try to repeat this phrase to everyone they know over the following few days.

These annual rituals of confession and repentence are important in their timing, in the period before Dīvālī. Devout lay Jains can leave the old year with a clear conscience and enter the new with the best of intentions.

This 2009 YouTube video shows the procession of a small golden idol of Mahāvīra – rathayātrā – through the streets of New Delhi. The procession takes place during the Digambara festival of Daśa-lakṣaṇa-parvan. The men in orange, some of whom are also crowned, are the prominent lay men who have won the privilege of accompanying the statue in the procession. They put the statue in an ornate shrine on a platform set on a tractor with false horses attached. Before the procession begins, Jain lay women move trays of fire in circles – āratī – offering pūja or worship to the idol. Lay people dance in the procession around the idol, which is fanned by fly-whisks, a sign of high status. Many of the dancers wave bright plastic objects, which are modern equivalents of traditional fly-whisks. The women dressed in orange are the wives of the prominent lay men on the tractor. A model of Bāhubali with vines creeping up his legs is also fanned. Small children ride on the shrine, which is hung with a Jain flag at the back, while musicians and models form part of the procession. Two fully fledged monks take part, accompanied by novice monks in white. At the end of the procession the idol is taken into the temple, placed in front of a large Jina image and given a sacred bath. Food is provided for the participants afterwards. All along, there are various songs or prayers. In the first part, the Pañca-namaskāra-mantra is sung to various tunes, then come hymns in Hindi. For instance, one of them says: ‘Listen to the voice of the Jinas’.