Falling in October to November, the ‘full moon day of Kārttika’ comes approximately two weeks after Dīvālī. It is a holy date for the Jains but also for Hindus. For both Jain mendicants and lay people, the festival of Kārttika Pūrṇimā marks the end of the rainy season and the start of ordinary activities, which had come to a stop during the cāturmāsa. 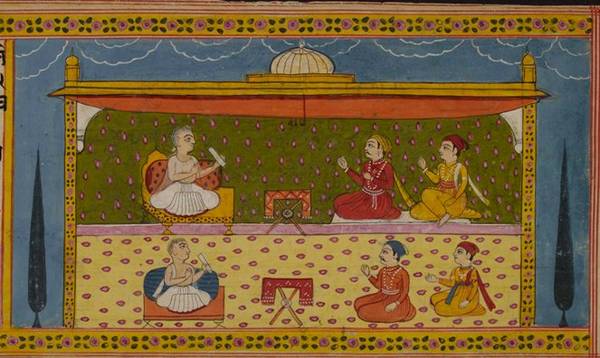 When Kārttika Pūrṇimā comes, monks and nuns can leave the areas where they have spent the four-month rainy season and begin their normal wandering life.

Just as the communities of Jain lay people enthusiastically greet their arrival, so the departure of the mendicants is another occasion for celebration. This serves as an expression of gratitude for the teachings and contact that have been so intense during the rainy season. It takes the form of spectacular processions (Cort 2001: 177). 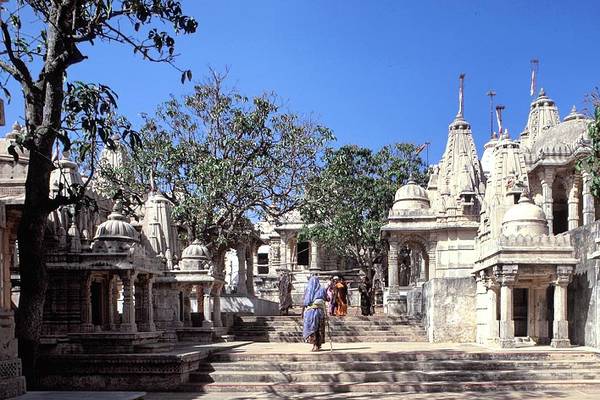 During the rainy season lay people normally take on many vows and voluntary restrictions in their daily life. This reaches a peak for Śvetāmbaras during the eight days of the Paryuṣaṇ festival. Kārttika Pūrṇimā marks the end of such restrictions.

The rainy season is also not the time for pilgrimage, which is an important religious practice for Jains. When the monsoon ends, pilgrimages can start again. This is why on this very day many Śvetāmbara Jains symbolically undertake a pilgrimage to Mount Shatrunjaya, the most sacred place for this sect. It is considered an activity that gains a large amount of merit.

As with many Jain festivals, an event in a story has inspired its regular commemoration. In this case, the mythical event connected is the liberation of Drāviḍa and Vālikhilla. Grandsons of Ṛṣabhanātha or Lord Ṛṣabha, these two monks attained final liberation on this day, along with a large number of other monks.

Kārttika Pūrṇimā means that economic activity starts again at full speed after the rainy season. Joyful groups of people visit the many local fairs held on this day, because it is also very meaningful in the Hindu tradition (Cort 200: 176).

Putting an image of a Jina on a chariot and taking it through the streets – ratha-yātrā – is a major part of several Jain festivals and is recognised as meaningful by various religious treatises. However, in many places it is a central element of Kārttika Pūrṇimā:

The laypeople celebrate this day by putting an image of the Jina into an immense, beautifully decorated wooden vehicle (ratha) and pulling it by hand through the streets of the city. The procession, headed by [the] monks and nuns [who are about to depart], begins at the local temple and winds its way through the city to a park within the city limits. Here a prominent monk gives a sermon, and the leading laypeople call for generous donations in support of the various social and religious projects (such as building temples, libraries or hospitals) that have been inspired by the presence of the mendicants. The procession then returns to the temple, and the people go home in a festive mood

There are obviously several variations on this general picture. For example, the vehicle can be pulled by tractor and not by hand. The Jina image is sheltered in a mini-shrine on the chariot and is surrounded by devotees on foot. Leading lay people stand or sit on the chariot next to the image, a right they have won through auctions – bolī.

The festival of Kārttika Pūrṇimā marks the end of the rainy season and the start of ordinary activities, which stop during the monsoon period. Men chant and clap loudly before the idol of a Jina from the temple is borne in procession – ratha-yātrā.

This two-part YouTube video records the 2010 Kārttika Pūrṇimā festival celebrated in Kolkata in West Bengal by Śvetāmbara Jains. This is the first part and you can watch the second part.

The Kārttika Pūrṇimā festival celebrates the end of the rainy season, when ordinary life can begin again. The image of a Jina from the temple is carried in procession through the streets – ratha-yātrā – while people wave fly-whisks before it, a symbol of royalty. People throw rice grains or sacred powder on to the idol. Though common in many Jain festivals, the idol procession is often a key part of Kārttika Pūrṇimā.

This two-part YouTube video records the 2010 Kārttika Pūrṇimā festival in Kolkata in West Bengal, as celebrated by Śvetāmbara Jains. This is the second part and you can watch the first part.

The Cleveland Museum of Art provides an unusual painting of a Jain monk carrying his mendicant equipment. Clad in white robes, the monk holds his alms bowl and a staff, which mark him out as a member of a Śvetāmbara Mūrti-pūjaka sect. Under his arm he carries his monastic broom and what may be a holy text. The Gujarati artist, Basawan, who worked for the Mughal Emperor Akbar, painted this picture around 1600, and its realistic treatment shows familiarity with European artistic styles.