Known as ‘Āgama Prabhākara’ or ‘Light of the Tradition’, Muni Puṇya-vijaya (1895–1971) was one of the leading monastic figures of the 20th century through his scholarly activity. The languages in which he wrote are Gujarati and Hindi.

A highly respected mendicant as well as a prominent scholar, Muni Puṇya-vijaya was one of the first Jain scholar monks to use modern academic techniques. He produced ground-breaking studies and editions of the Śvetāmbara scriptures, and led the systematic preservation and cataloguing of Jain manuscripts in India. He was closely associated with the foundation of the Lalbhai Dalpatbhai Institute of Indology, which is a leading centre of manuscript research, particularly into Śvetāmbara texts. Muni Puṇya-vijaya was also responsible for setting up the Prakit Text Society and the Mahāvīra Jaina Vidyālaya. These two institutions specialise in publishing scholarly editions of Śvetāmbara holy writings.

Muni Puṇya-vijaya was born on 27th October 1895 in Kapadvanj in Gujarat, a place famous among Jains since the medieval period.

The father of the young Maṇilāl Dośī died when he was ten. His mother was a very pious lady and wished him to become a monk. She decided to be initiated as a nun herself.

At the age of 13 the young boy was initiated into the Tapā-gaccha, a Śvetāmbara order belonging to the image-worshipping groups of Jains. After that he was known by his monastic name, Puṇya-vijaya. 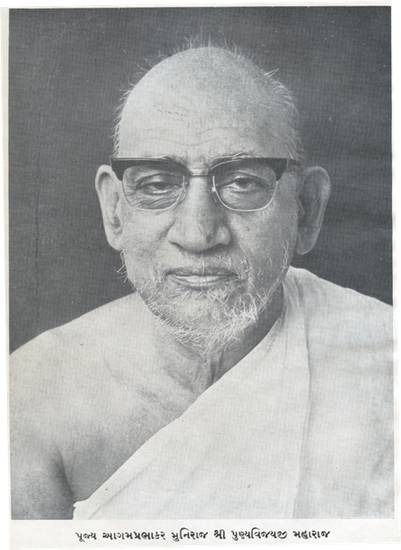 The young Puṇya-vijaya joined the group led by Pravartaka Kāntivijaya. Muni Catur-vijaya trained him in scholarly work. Together they edited for the first time two important Jain works in Prakrit:

These editions are still authoritative, like all others produced later by Muni Puṇya-vijaya alone or in collaboration.

Muni Puṇya-vijaya belongs to the small category of Jain monks who focused on scholarly work. While touring western India on foot, as a Jain monk should do, he observed the disastrous condition of several temple-libraries where manuscripts were not kept properly. Proper preservation of these treasures became one of his main concerns. Working with Jain lay scholars, which was very unusual for a monk, he was responsible for ensuring that scores of manuscripts were suitably stored and catalogued.

Pandit Sukhlalji and Pandit Dalsukh Malvania are among the Jain lay scholars who collaborated with him. Through them, Muni Puṇya-vijaya became familiar with the tools of modern Western research, such as the concept of critical editions. Coupled with the respect and spiritual authority gained from his scriptural knowledge and saintly life, this modernising approach helped Muni Puṇya-vijaya to a number of significant successes in Jain studies. 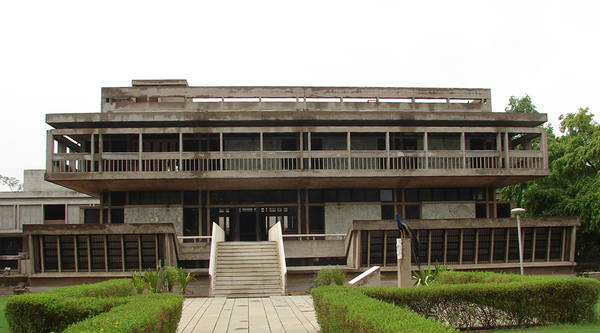 Muni Puṇya-vijaya completed or contributed towards many significant scholarly accomplishments.

One of these was the establishment of the Lalbhai Dalpatbhai Institute of Indology, near Gujarat University in Ahmedabad, in 1957.

A second major achievement was the foundation of the Prakrit Text Society, in Varanasi, then in Ahmedabad. This institution is devoted to publishing editions of Prakrit texts. Several of these were completed by Muni Puṇya-vijaya himself.

Muni Puṇya-vijaya also set up the Mahāvīra Jaina Vidyālaya in Mumbai, which has a branch in Ahmedabad. This organisation publishes critical editions of the Śvetāmbara scriptures in the ‘Jaina Āgama Series’, issuing its first volume in 1968. Each volume has an introduction that reflects on the notion of the ‘critical edition’ and systematically describes the manuscript material used. This was a significant innovation, for earlier editions were not critical and were mostly vague about the material used.

Another notable success was the publishing of descriptive manuscript catalogues covering the collections held in some of the oldest Jain libraries, at Jaisalmer in Rajasthan, and Khambat and Ahmedabad in Gujarat.

In addition, Muni Puṇya-vijaya did important work in preparing microfilms of the rare manuscripts kept at Jaisalmer.

He also wrote seminal articles in Gujarati or Hindi, mainly on the following topics: 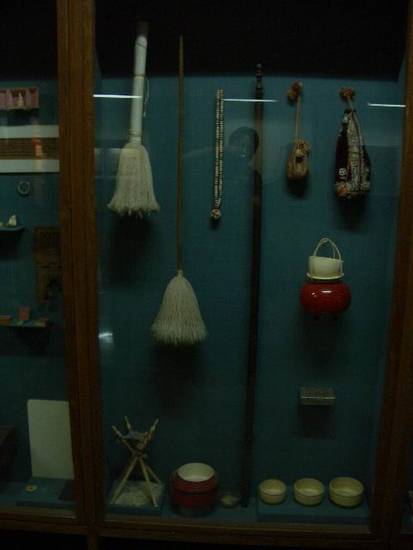 Muni Puṇya-vijaya’s scholarly achievements and work in preserving manuscripts is honoured with a special section devoted to him in the Lalbhai Dalpatbhai Museum. Visitors can see exhibits on the first floor that include the monastic objects he used during his lifetime.

Muni Puṇya-vijaya was closely associated with the foundation of the museum and the associated Institute of Indology. He bequeathed his collection of manuscripts and artefacts to the organisation, which forms an important element of the museum’s holdings.

In Ahmedabad, Gujarat, the museum specialises in art and archaeology. It adjoins the L. D. Institute of Indology, which has a fine manuscript collection. Following the example of Muni Puṇya-vijaya, the institute is a centre of scholarly research.