Jains have a long history of writing and copying manuscripts. Writings produced by and among the Jains demonstrate a wide range of trends and topics. These works can be thought of as either scriptural or non-scriptural. However, even non-scriptural works that do not directly set out or discuss holy teachings or religious beliefs generally contain religious principles. For example, stories and parables that illustrate Jain doctrine or practices have long been a popular way of passing on teachings. These may be adapted from non-Jain sources to emphasise Jain values and practices. In this respect, Jain writings always support the faith to some degree.

Widespread down the ages, the traditional tales known as Jain Universal History are increasingly presented in various forms. For example the ancient epic poems and other stories can now be found in illustrated books and comic books, as well as in other media, such as animated cartoons and audio recordings. 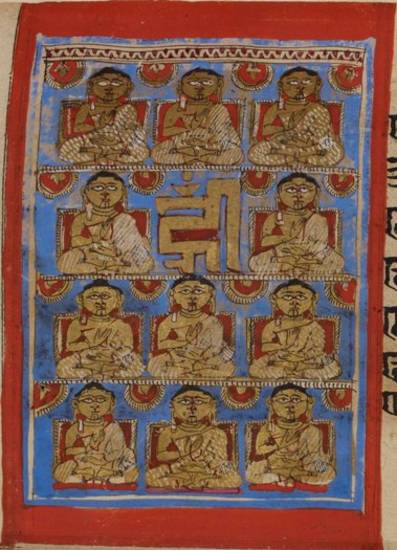 For centuries Jain teachings were transmitted orally from teacher to disciple. The Jinas were the source of religious teachings, preaching to their chief disciples, who taught their followers, and so on from generation to generation. This was the regular process from at least the sixth to fifth centuries BCE to the beginning of the Common Era. Then these teachings were put into writing and organised into various classes of scriptures. The sect of the Digambaras consider that this occurred in the second century CE, while the Āgamas of the Śvetāmbaras are said to have been fixed in the fifth century CE.

Partly because of Indian climatic conditions, the manuscripts of the holy teachings that have survived are all later than the 11th century. From this time onwards, however, they are available continuously.

The JAINpedia sections Śvetāmbara canon and Digambara canon describe the scriptures that have traditionally come to be classed under these headings and their usual groupings. They are written respectively in the Ardhamāgadhī and Jaina Śaurasenī varieties of Prakrit. These texts are regarded as closest to the teachings originally delivered by the Jinas, especially by Mahāvīra, the 24th. They form the Āgama or Siddhānta in the narrow understanding of these words, often translated as ‘canon’, however inadequate this term may be.

A wider and more practical acceptance of the term Āgama or Siddhānta includes virtually all the works by Jain writers, as this authorship is a guarantee of authority. They cover all sorts of genres and literary forms, and are finding new expression in contemporary media and technology, such as comics.

The Tattvārtha-sūtra by Umāsvāti / Umāsvāmin is an example of a treatise on philosophical topics which is accepted by both the main sects of Śvetāmbaras and Digambaras, though with some differences. Written in Sanskrit, it has quasi-canonical status. 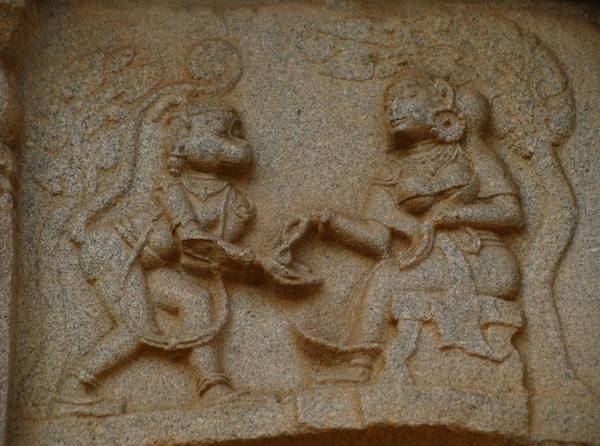 One of the most effective media for teaching the principles of Jainism from time immemorial has been the story. Told and retold in the various languages Jains use, stories are often available in illustrated manuscripts.

In the 20th and 21st centuries, Jain comic books or Diwakar Chitra Katha in Hindi, Gujarati and English show how new modes of teaching can be used for new audiences. They form a Jain counterpart to the famous Amar Chitra Katha series of Hindu mythology. Their 60 sections recount the lives of the Jinas and of a large repertoire of Jain heroes and heroines known from old literary and folklore forms.

Living within Indian society, the Jains were always exposed to the common Indian heritage. The epics of the Rāmāyaṇa and the Mahābhārata are two of its main components. They have been favourite subjects of retellings over the centuries, with variations depending on time and region.

The Sanskrit version of the Rāmāyaṇa ascribed to Vālmīki, and that of the Mahābhārata, attributed to Vyāsa, were never taken for granted or left alone. Jain authors have challenged some of their contents and features, creating versions of these epics to accommodate their own conception of Jain history and doctrine. For example, the characters of Rāma, Lakṣmaṇa, Hanumān and Rāvaṇa, plus the five Pāṇḍavas, are part of what is often called ‘Universal History’. They are inserted in the broader frame of the careers of the 24 Jinas. For instance, the Rāmāyaṇa characters are contemporary with the 20th Jina, Munisuvrata or Lord Munisuvrata, and Kṛṣṇa is a cousin of the 22nd Jina, Neminātha or Lord Nemi. Some differences in the emphasis and the narratives of the Jain epics highlight Jain values, such as non-violence and renunciation of the world to become a mendicant.

Many Rāmāyaṇas: The Diversity of a Narrative Tradition in South Asia
Paula Richman
University of California Press; Berkeley, California, USA; 1991