Meaning ‘year-long fast’ in Sanskrit, Varṣītap is modelled on the fast of the first Jina, Ṛṣhabhanātha or Lord Ṛṣabha. Instead of doing a 13-month total fast, which would be impossible, the fasters adopt a pattern of alternating days of total fasting with days of partial fasting. They always begin on Fāgan dark 8th and end on Vaiśākh bright 3rd, 13 and a half months later.

Varṣītap is one of the most demanding fasts for Jains. Devotees believe it is especially effective at reducing the karma in one’s soul. Though fasting is often thought of as an especially female expression of religious devotion, both men and women undertake the varṣītap fast.

Ṛṣabha’s fast of 13 and a half months 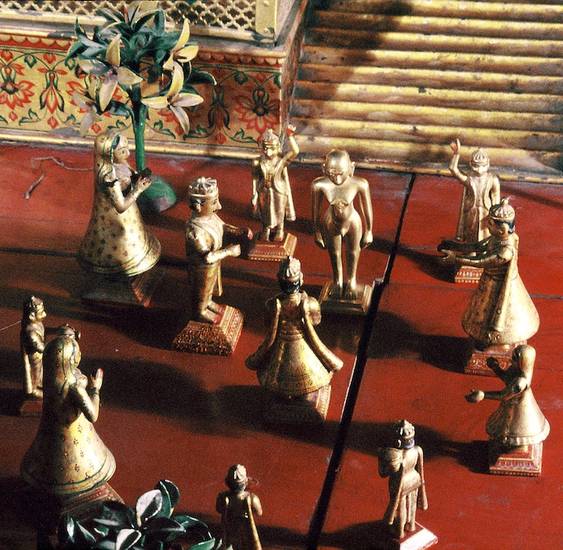 The story behind the varṣītap is that of the first feeding of Ṛṣabhanātha or Lord Ṛṣabha after his renunciation. He renounced on Fāgan dark 8th and took a vow of silence. Ṛṣabha decided not to accept any food offered to him unless it was suitable food offered in the right way. He was the first Jina of this era and this, together with his vow of silence, meant that no one knew the proper way to give alms to a Jain monk.

For 13 and a half months Ṛṣabha wandered without being offered suitable alms. Then he met Prince Śreyāṅs in the city of Hastinapur. The prince recalled from an earlier lifetime the proper way to feed a Jain mendicant. Śreyāṅs offered Ṛṣabha some sugar-cane juice and finally the first Jain monk was able to break his fast.

Ritual of the fast

Varṣītap means ‘year-long fast’ and imitates the long fast of the first Jina, Ṛṣabhanatha or Lord Ṛṣabha. Just as Ṛṣabha did, Jains undertaking this fast always begin on Fāgan dark 8th and end on Vaiśākh bright 3rd. The breaking of the fast is also modelled on his example. Throughout the 13 and a half months of Varṣītap, fasters alternate days of complete fasting with days of partial fasting.

Jains believe that this fast is a powerful way of reducing one’s karma. Performed by both men and women, the Varṣītap is one of the most difficult fasts.

Throughout Varṣītap the faster drinks only boiled water and does numerous extra austerities associated with the fast.

For the period of Varṣītap, every other day the faster completes a full fast, fasting partially on the day in between. The days of full fast are called tivihār upvās. On these days the fasters take only water. On the days of partial fasts, the fasters may have one or two meals instead of three. A partial-fast day with one meal is called ekāsana while a day that allows two meals is known as beāsana.

Jains generally associate the eighth and 14th day of each fortnight with fasting. On these days the people who are performing the Varṣītap also carry out a total fast, taking only boiled water. 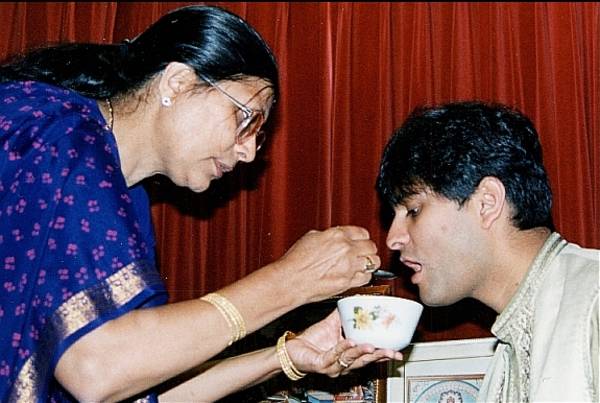 The day of the fast-breaking is called Akṣaya Tṛtīyā, or ‘Immortal Third’.

Those who perform the Varṣītap break their fast on Vaiśākh bright 3rd with sugar-cane juice in remembrance of the story of Sreyaṇ’s feeding of the first Jina.

The fasters often go to a temple associated with Ṛṣabhanatha or Lord Ṛṣabha for their morning worship on the day of their fast-breaking. Some Jains will break this fast in Hastinapur, at the same location as Ṛṣabha. Although Ṛṣabha broke his fast at Hastinapur, many Jains completing Varṣītap try to end it at Mount Śatruñjaya as the most important temple dedicated to Ādināth or Ṛṣabha for contemporary Jains.

After completing the fast-breaking, fasters are usually processed in a parade, publicly celebrated and given substantial gifts. Images of those who complete the Varṣītap are often published in the newspapers as well.

The DNAIndia website provides a report about the 2010 ending of the varṣītap fast in Ahmedabad, Gujarat. The year-long fast is ceremonially broken on the festival of Akṣaya Tṛtīyā. Undertaken in imitation of Ṛṣabhanātha or Lord Ṛṣabha, the first Jina, the fast ends with the taking of alms in the pāraṇā ritual, which re-enacts the first acceptance of alms. The fasters are at the centre of great public celebrations among the Jain community.

Altarpiece of Ṛṣabha and other Jinas

The Art Institute in Chicago, Illinois, USA, provides a zoomable image of Ṛṣabhanātha or Lord Ṛṣabha, the first Jina, surrounded by all the other Jinas. The brass altarpiece is finely made, depicting the Jinas sitting in meditation, with symbols of high spiritual and worldly status emphasising their positions at the pinnacle of the Jain faith. The photograph can be enlarged to see more detail.

Offering milk-rice to a Jain monk